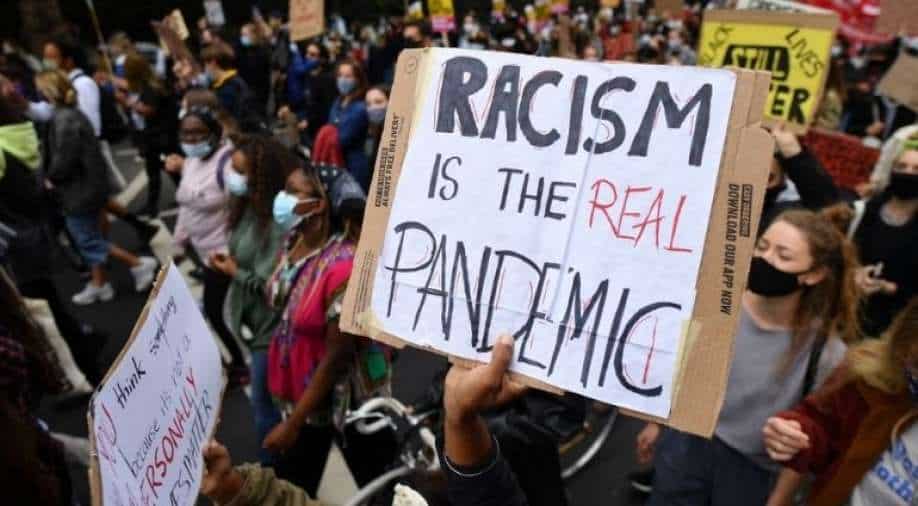 Meghan, the wife of Prince Harry, accused Britain's royal family of raising concerns about how dark their son's skin might be and pushing her to the brink of suicide, in a tell-all television interview that will send shockwaves through the monarchy

The United Kingdom has a history of colonising countries with dark-skinned natives.

Indian-origin Rashmi Samant was the first Indian woman to be elected the President of the Oxford University Students Union. However, her achievement was short-lived as she was forced to resign within a few days.

A student of MSc energy systems at Oxford University, Samant was forced to resign within five days of her appointment over several of her social media posts which were labelled to be anti-Semitic and racist.

While she did issue a public apology for 'unintentionally' hurting anyone's emotions, the Udupi-origin woman believes she was unfairly targeted as a 'conscious attempt'.

India's External Affairs Minister Dr S Jaishankar expressed concern, asserting that the matter will be taken up with Britain with "great candour".

It comes after the British monarchy is facing allegations of racism by Duchess of Sussex Meghan Markle.

Meghan, the wife of Prince Harry, accused Britain's royal family of raising concerns about how dark their son's skin might be and pushing her to the brink of suicide, in a tell-all television interview that will send shockwaves through the monarchy.

The 39-year-old, whose mother is Black and father is white, said she had been naive before she married into royalty in 2018, but that she ended up having suicidal thoughts and considering self-harm after pleading for help but getting none.

Meghan said her son Archie, now aged one, had been denied the title of prince because there were concerns within the royal family "about how dark his skin might be when he's born".

"That was relayed to me from Harry, those were conversations that family had with him," Meghan recounted in an interview with Oprah Winfrey aired on CBS late on Sunday.

YMCA's Young and Black report found that 95 per cent of young Black people in the UK have heard or witnessed racist language at school. While 49 per cent of people feel racism is the largest hurdle to academic attainment.

The British government has dedicated a website to the country's ethnicity facts and figures. It was established by the former Prime Minister Theresa May to tackle ''burning injustice.''

A report presented in the British parliament last year stated that over 60 per cent of black people in the UK do not believe their health is as equally protected by the NHS, compared to white people.

The death rate for Black women in childbirth is five times higher than for white women in the country.

85 per cent of Black people are not confident that they would be treated the same as white people.

The failings of successive governments to act in response to the successive reports and the review shows that something is wrong with the architecture which is supposed to protect human rights and promote racial equality.

Instead of correcting institutional wrongs, Britain's parliament is busy debating on the internal affairs of another country.

Last week, it spent 90 minutes talking about protests in India.

In 1986, Prince Philip reportedly told a group of British students in China, ''if you stay here much longer, you will be slitty-eyed.''