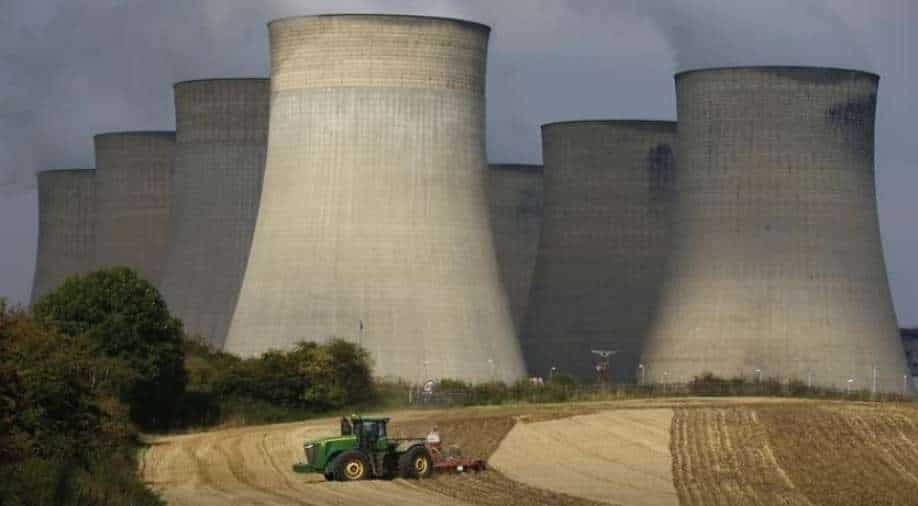 File photo: A farmer works a field in the shadows of Ratcliffe-on-Soar Power Station in central England, in this September 10, 2014. Photograph:( Reuters )

The move is part of the British government's ambitious plan to transition away from fossil fuels and decarbonise the power sector by 2050 in order to reduce climate change contributions.

The United Kingdom will phase out coal-fired power by October 2024, a year ahead of schedule, as part of a campaign to encourage other countries to raise their climate ambitions ahead of a global warming summit it will host in November.

“Coal powered the industrial revolution 200 years ago, but now is the time for radical action to completely eliminate this dirty fuel from our energy system,” Anne-Marie Trevelyan said in a statement.

The move is part of the British government's ambitious plan to transition away from fossil fuels and decarbonise the power sector by 2050 in order to reduce climate change contributions.

This decision pushes the deadline for phasing out coal from the UK's energy system forward by a year, highlighting the UK's leadership in reducing emissions and leading by example in combating climate change ahead of hosting the United Nations Climate Change Conference (COP26) summit in Glasgow this November.

According to the UK Department for Business, Energy and Industrial Strategy, coal accounted for only 1.8 per cent of the UK's electricity mix last year, with renewable such as wind and solar accounting for around 43 per cent.

The United Kingdom has come a long way since the 1950s when a heavy layer of coal-fuelled smog blanketed London. Coal accounted for about 40% of the country's electricity generation just a decade ago.