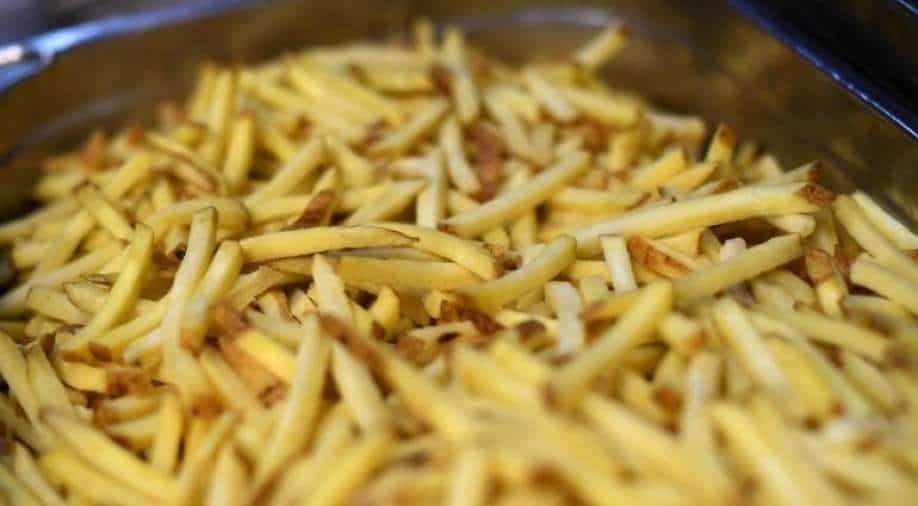 Chips are seen at Hawksmoor, Seven Dials on the opening day of "Eat Out to Help Out" scheme, amid the coronavirus disease (COVID-19) pandemic, in London, Britain August 3, 2020. Picture taken August 3, 2020. Photograph:( Reuters )

Britain is set to ban ''buy one get one free'' promotions for food which is high in fat, sugar, and salt content. In addition, the country is set to ban free refills of sugary soft drinks in restaurants starting April 2022

Britain is set to ban ''buy one get one free'' promotions for food which is high in fat, sugar, and salt content. In addition, the country is set to ban free refills of sugary soft drinks in restaurants starting April 2022.

The government on Monday announced that this constitutes its bigger plans to tackle obesity and to improve general public health.

Fast food and junk food are responsible for an array for health problems among people. The government claimed that obesity remains one of Britain's biggest long-term public health issue. Almost two-thirds of adults in England are overweight, and one in three children who pass out of primary schools are overweight or obese.

In addition, these measures will also ban advertisements of such products, and will police where the products are advertised. The government will also restrict unhealthy promotions at checkouts, shop entrances, or at the end of aisles.

"We are restricting promotions and introducing a range of measures to make sure the healthy choice is the easy choice. Creating an environment which helps everyone eat healthier foods more regularly is crucial to improving the health of the nation," public health minister Jo Churchill had said.

In July, Britain had put forward plans to restrict ''buy one get one free'' deals on junk food.  The country had also announced measures to ban TV and online advertisements for junk food that air before 9 PM.

In November, the government suggest banning all online advertisements of unhealthy food.

Besides its previously known health risks, COVID-19 has shown how obesity can cause deaths in people who contract coronavirus, along with serious illnesses.

Prime Minister Boris Johnson has used his personal experience with COVID-19 to suggest that he needs to lose weight.