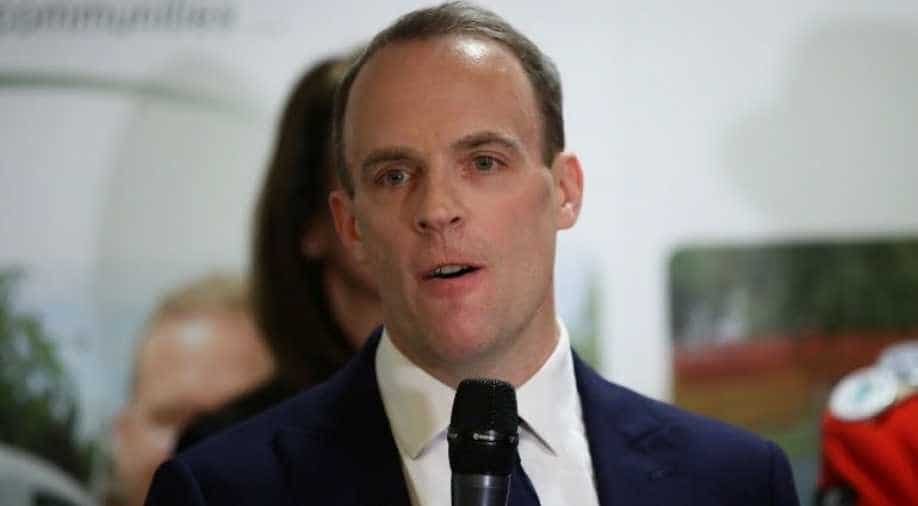 Earlier on Monday, China's ambassador to London accused Britain of making unwarranted accusations about the new security legislation in Hong Kong which he said could damage future Chinese investment.

"This isn't a gross interference in domestic affairs," Raab told Reuters in an interview.

"It's a matter of trust and lots of countries around the world are asking this question: does China live up to its international obligations?"

Earlier on Monday, China's ambassador to London accused Britain of making unwarranted accusations about the new security legislation in Hong Kong which he said could damage future Chinese investment.

On Britain's offer to give British National Overseas (BNO) passport-holders in Hong Kong a path to British citizenship, he said: "This move constitutes gross interference in China's internal affairs."

Britain has said that China's imposition of a security law on Hong Kong was a "clear and serious" violation of the 1984 Joint Declaration and that London would offer around 3 million residents of the former colony a path to British citizenship.

Critics of the law have slammed the lack of transparency around it ahead of its publication and the speed at which it was pushed through. Beijing unveiled details of the legislation late on June 30 and the law came into effect the following day, sparking protests.

The new law punishes crimes of secession, subversion, terrorism and collusion with foreign forces with up to life in prison. It will also see mainland security agencies in Hong Kong for the first time and allows extradition to the mainland for trial in courts controlled by the Communist Party.

Hong Kong's government has repeatedly said the security law won't affect freedom of speech and other rights in the city.