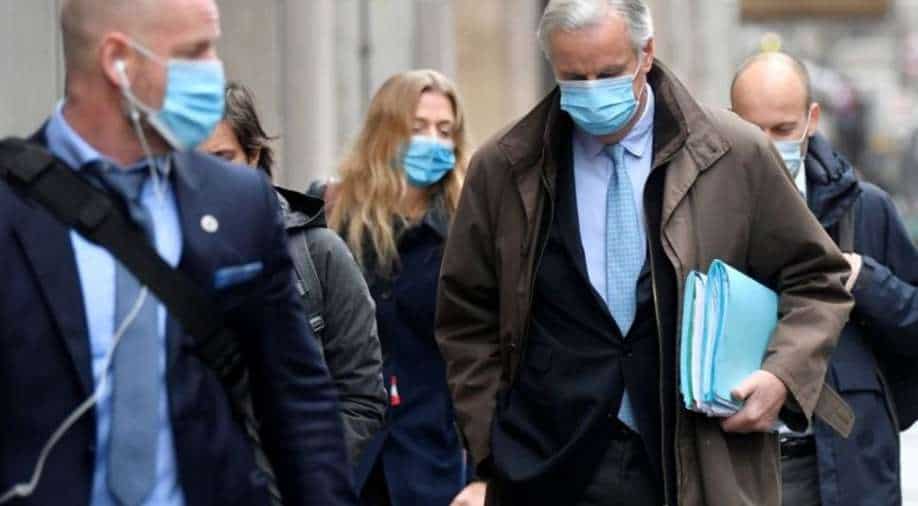 The negotiators will now talk to politicians to get better guidance on where to go next.

Britain and the European Union failed to secure a trade agreement on Friday, saying talks would be paused for now.

The negotiators will now talk to politicians to get better guidance on where to go next.

With less than four weeks left until Britain leaves the EU's orbit on December 31, both sides have said the talks are stuck on three areas, with each calling for the other to compromise to secure a deal governing almost $1 trillion of annual trade.

"After one week of intense negotiations in London, the two chief negotiators agreed today that the conditions for an agreement are not met, due to significant divergences on level playing field, governance and fisheries," they said in a statement.

"On this basis, they agreed to pause in order to brief their principals on the state of play of the negotiations. (European Commission) President (Ursula) von der Leyen and Prime Minister (Boris) Johnson will discuss the state of play tomorrow afternoon."

Britain formally left the EU on January 31 but has been in a transition period since then under which rules on trade, travel and business remain unchanged. From the end of the year, it will be treated by Brussels as a third country.

If the two sides fail to reach a deal, the five-year Brexit divorce will end in disorder just as Europe grapples with the vast economic cost of the COVID-19 outbreak.

A no-deal exit is the nightmare scenario for businesses and investors, who say it would snarl borders, spook financial markets and sow chaos through supply chains that stretch across Europe and beyond.