Brexit: What changes and what stays the same for UK? 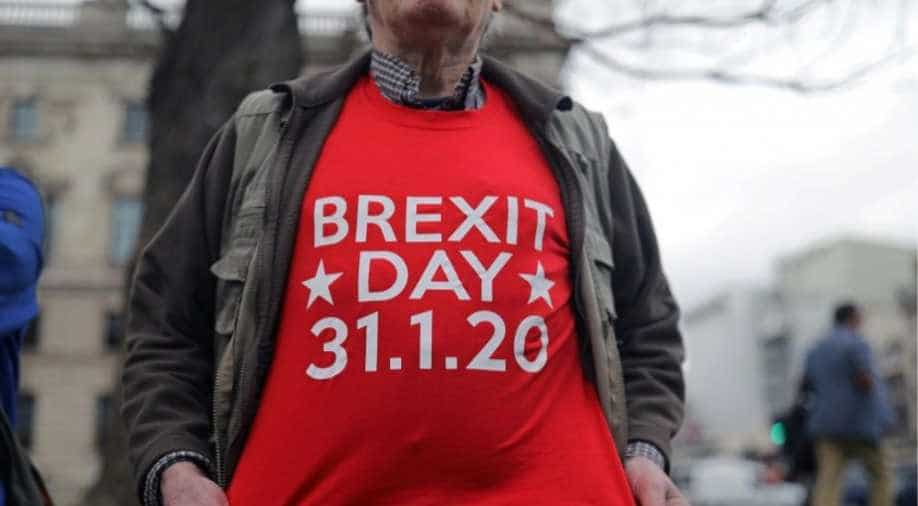 'Our job as the government, my job, is to bring this country together and take us forward,' Johnson said.

After over three and a half years of political battle, Britain is all set to leave the European Union on January 31 as will strike 2300 GMT.

In an official statement to mark the occasion, British Prime Minister Boris Johnson hailed the "new dawn" and said that it is the "new beginning for the UK".

"Our job as the government, my job, is to bring this country together and take us forward," Johnson said.

"This is not an end but a beginning. This is the moment when the dawn breaks and the curtain goes up on a new act."

Here is what will change for the UK after Brexit.

While the United Kingdom remains a member in all but name, it loses its vote in the meetings in Brussels that ultimately decide EU policy on matters ranging from financial services to the definition of a European-made car.

Brussels will try to discern exactly how Prime Minister Boris Johnson plans to overhaul the United Kingdom, will he try to build a competitor just outside the EU by turbo-charging the economy and the City of London?

The colour of British passports will go back to blue, which were in use since 1921 until UK joined EU. They were then replaced by the current burgundy design.

However, existing burgundy passports will continue to be valid until their expiry date.

For British people and EU citizens

British and EU citizens will continue to have the right to live and work in each other's countries until the end of the year because both sides agreed a transition period which preserves membership until 2021.

The British government has told the estimated 3.5 million EU citizens living in Britain that they have until at least the end of the December to register to retain their rights.

The regulatory environment for companies won’t change following Brexit because of the transition period.

After the end of the transition deal, UK customs will apply for goods coming from third countries to Northern Ireland only. For goods deemed to be headed for the EU market, UK authorities will collect EU tariffs.

There will be no customs checks on the island of Ireland, they will be done in ports.

As soon as the United Kingdom formally leaves the EU, it can start negotiating trade deals with other countries.

The European Union - which accounts for about half of the United Kingdom's trade and the United States are the government's top targets for securing new trade deals.

A sticking point in US talks will be a British proposal for a unilateral digital services tax, despite a US threat to levy retaliatory tariffs on British-made autos.