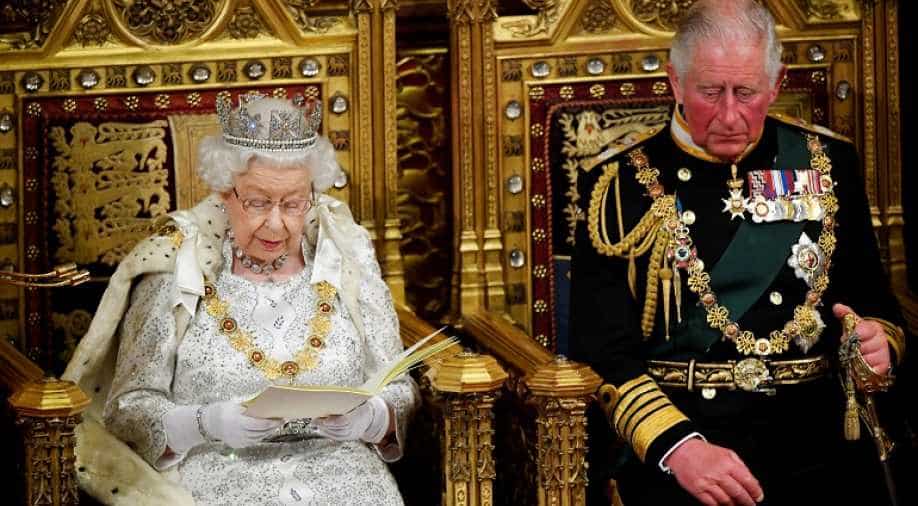 Britain's Queen Elizabeth delivers the Queen's Speech during the State Opening of Parliament, next to Charles, Prince of Wales, in London, Britain October 14, 2019. Photograph:( Reuters )

Promising steps to deliver stability in financial services, the Queen said an immigration bill, ending free movement, will be introduced.

Britain is still aiming for Brexit at the end of the month, Queen Elizabeth II said on Monday, as she set out the executive's legislative programme for a new parliamentary session.

"My government's priority has always been to secure the United Kingdom's departure from the European Union on October 31," she told lawmakers, as last-minute talks continued in Brussels to secure a divorce deal.

The government wants a new partnership with the European Union, based on free trade, the Queen said.

Promising steps to deliver stability in financial services, the Queen said an immigration bill, ending free movement, will be introduced.

The Queen also promised steps to protect the integrity of democracy during her speech.

The UK will continue to play a leading role in global affairs, she said.

The Queen also said that the government was committed to the environment and added, there will be measures to improve air and water quality, and to promote the welfare of animals.

There will also be laws to help the victims of domestic abuse and to minimise the impact of divorce, she further said.