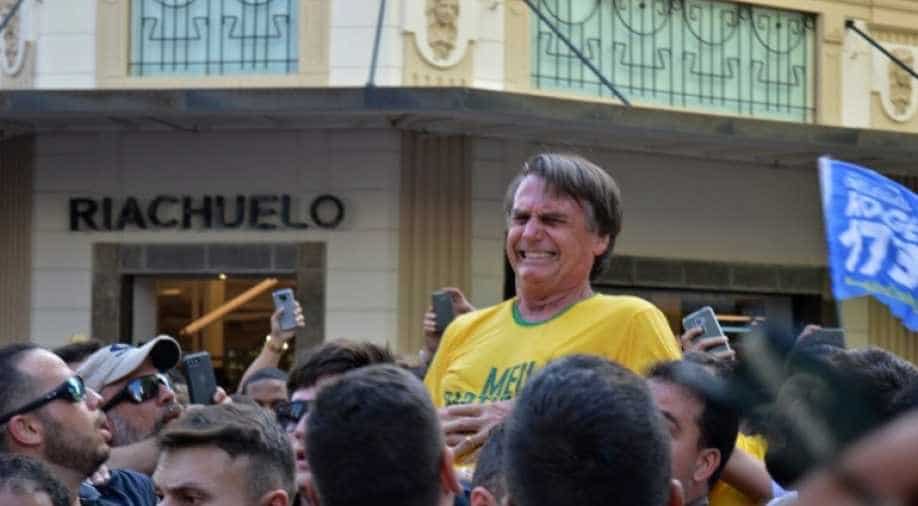 Brazilian right-wing presidential candidate Jair Bolsonaro was slightly wounded Thursday when an assailant stabbed him at a rally, the politician's son said.

Bolsonaro underwent laparascopic surgery in the city of Juiz de Fora, where the attack occurred, because the knife cut his liver, his advisers said.

According to the candidate's press office, Bolsonaro suffered a cut on his liver in the attack and doctors recommended that he undergo surgery to repair the damage.

His relatives, however, said that the controversial politician was not in mortal danger.

"Jair Bolsonaro suffered an attack, a stabbing with a knife in the region of the abdomen. But it was only superficial, thank God," and he is well," Flavio Bolsonaro initially had written on Twitter.

The lawmaker was attacked by an unknown man when he was being carried on the shoulders of several people in a crowd on a downtown avenue of Juiz de Fora, the second-largest city in the southeastern state of Minas Gerais.

Images posted on social media show the moment when Bolsonaro, dressed in a jersey with the colours of the Brazilian national soccer team, doubles over in pain upon being stabbed.

The attacker is not visible in the social media videos due to a large number of people surrounding the presidential candidate.

Although his son originally said that the "perforation was superficial and did not affect any organs," Bolsonaro was taken to a hospital in Juiz de Fora where doctors recommended surgery to repair the damage caused by the knife hitting his liver.

The full extent of the damage to the candidate was not immediately known.

Police said that they arrested a man identified as Adelio Bispo de Oliveira, 40, whom a group of people tried to lynch after accusing him of staging the attack.

Bolsonaro is one of the most controversial candidates in the current electoral round because he is a defender of Brazil's 1964-1984 military dictatorship, has sparked assorted protests over his insistent macho, racist and homophobic statements and is facing court proceedings for inciting violence.

According to a voter survey released on Wednesday, the rightist would finish first in the Oct. 7 presidential election if imprisoned former President Luiz Inacio Lula da Silva, whose candidacy was declared invalid by election authorities does not participate, but he would lose in a runoff.

Lula was heading all the voter surveys with some 40 per cent support but recently he was declared "ineligible" to run because of his conviction on corruption charges.