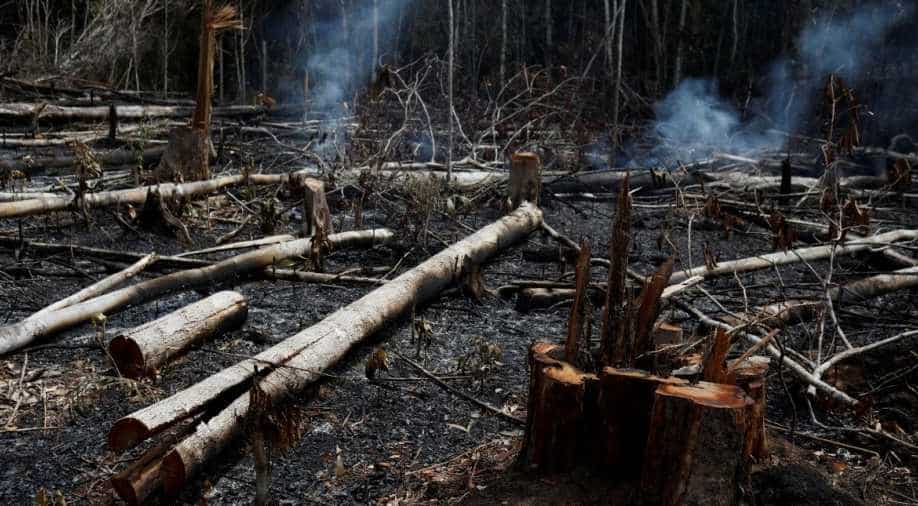 The G7 has agreed to spend 20 million euros on the Amazon, mainly to send firefighting aircraft to tackle the huge blazes engulfing many parts of the world's biggest rainforest.

"We appreciate (the offer), but maybe those resources are more relevant to reforest Europe," Onyx Lorenzoni, chief of staff to President Jair Bolsonaro, told the G1 news website.

"Macron cannot even avoid a foreseeable fire in a church that is a world heritage site. What does he intend to teach our country?" Lorenzoni continued, referring to the fire in April that devastated the Notre-Dame cathedral.

Brazilian Environment Minister Ricardo Salles had earlier told reporters they had welcomed the G7 funding to fight the fires.

But after a meeting between Bolsonaro and his ministers, the Brazilian government changed course.

The G7 has agreed to spend 20 million euros on the Amazon, mainly to send firefighting aircraft to tackle the huge blazes engulfing many parts of the world's biggest rainforest.

The initiative was announced after G7 leaders meeting in the resort of Biarritz held talks on the environment, focusing on the record number of fires destroying chunks of the Amazon.

The Amazon rainforest, which produces about 20 per cent of the Earth's atmosphere's oxygen, is burning from wildfires at a record rate and has drawn international attention.

Environmental activists have been staging protests at Brazilian embassies worldwide and accusing Brazilian President Jair Bolsonaro of supporting farmers who are burning the rainforest to expand farming land.

On Saturday, the Brazilian authorities deployed troops in an attempt to fight the environmental disaster.