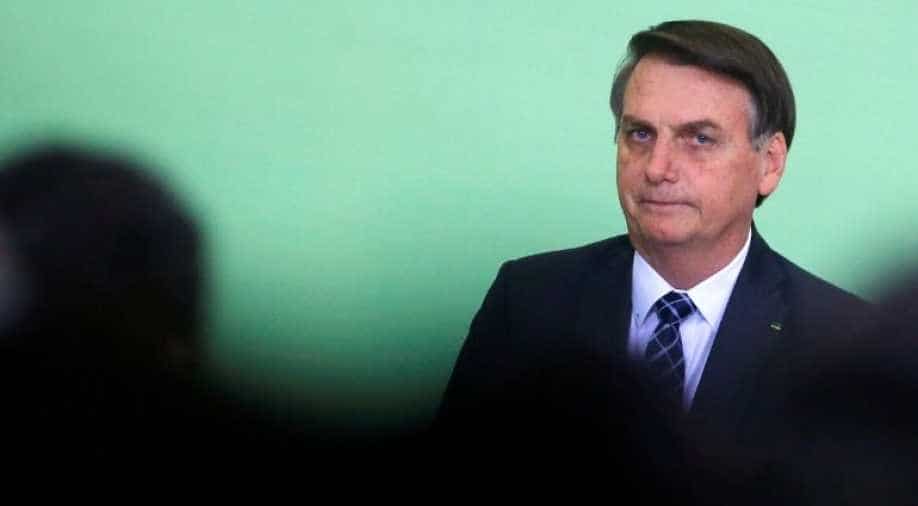 Throughout this crisis, Bolsonaro has been as sceptical about this virus as the US President. He put his own life at risk by holding numerous anti-lockdown rallies.

Brazil's president Jair Bolsonaro has contracted coronavirus but he is still living in an alternate reality.

Bolsonaro for months downplayed the severity of this virus and once called it "a little flu" but he just won't come to terms with reality. He took off his mask to convince reporters that he was alright.

There's a reason he is called the "Trump of the Tropics" after all Jair Bolsonaro emulates his political role model Donald Trump. The Brazilian president has been in a state of denial over the pandemic just like Trump.

Throughout the COVID-19 crisis, Bolsonaro has been as sceptical about the virus as the US President. He put his own life at risk by holding numerous anti-lockdown rallies.

Bolsonaro didn't wear a mask and took selfies, ate hot-dogs and shook hands. He was convinced that he was immune to the virus. The reasons he gave were quite ambitious for a 65-year-old.

Bolsonaro said he was not at risk of getting infected because he was an athlete.

He said his history as an athlete was on his side, however, he ended up making history. He is among the few global leaders to have been infected.

He once said: "People died in Brazil because they did not visit hospitals."

"People died because of the fear of the virus", he added.

The hypocrisy in his statements has been astounding while follows his role model Donald Trump and takes hydroxychloroquine.

The anti-malarial drug that Donald Trump has been swearing on. Bolsonaro has taken the endorsement to the next level. He recorded a video of himself taking a dose of HCQ.

Trump's self-obsession has led America to disaster. Bolsonaro's populism has done the same thing in Brazil. Two presidents with the blood of their citizens on their hands.