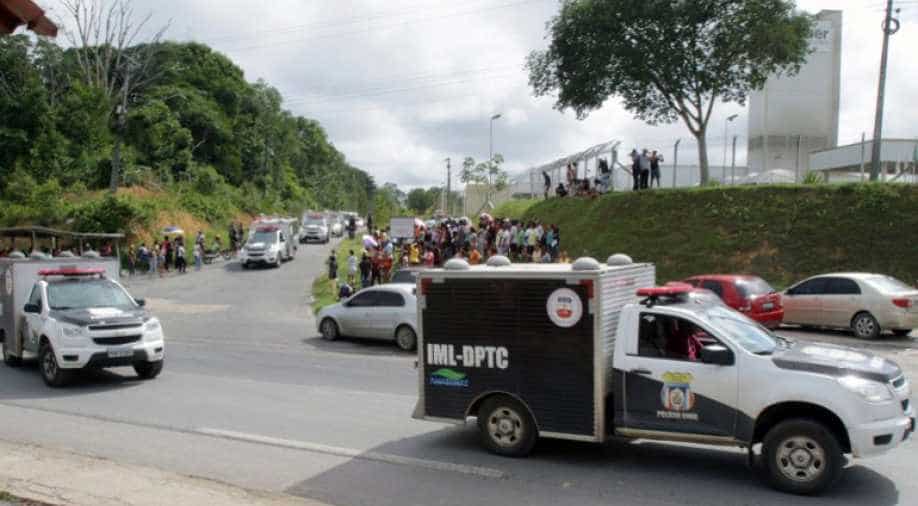 An uprising in Roraima state's largest penitentiary on Friday has killed at least 33 inmates in Brazil, five days after 56 prisoners were killed in a bloody riot in another prison.

"Thirty-three deaths have been recorded at PAMC (Agricola de Monte Cristo prison) in the early morning hours," the government of Roraima state said in a brief statement, adding that the situation is now "under control," news agency AFP reported.

A local government spokeswoman told AFP that one group of inmates attacked the other, the incident lasting less than an hour, on early Friday morning. Knifes were used as weapons in the clash.

A report on the website of the Estado de S Paulo newspaper reported that the top security official in Roraima state blamed Sao Paulo-based First Capital Command (PCC) for the violence.

Members of the PCC were among the dead in the bloody riot last week, killed by the rival local criminal group known as the North Family, believed to dominate the traffic of cocaine from Colombia and Peru in that region.

Security experts have predicted more violence in Brazil's gang-controlled prison system in the wake of the massacre earlier this week, Reuters said.

President Michel Temer on Thursday announced an expenditure of $250 million to build at least one prison in each of 26 states in the country to deal with overcrowding.