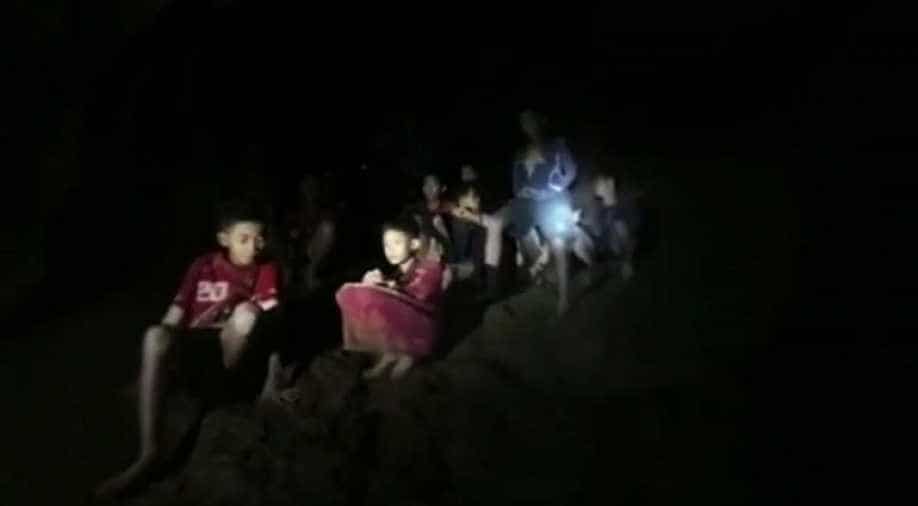 The boys and their coach survived on bare minimum with a hope to return to their families.

A team of young Thai footballers, who went missing in a Thai cave on June 23, were found alive on Monday by the rescuers. The boys, along with their 25-year-old coach, looked frail and weak in the video released by Thai Navy SEAL. Although the team has been located, and the kin of the young footballers finally take a sigh of relief, their return to safety looks like a daunting, challenging task.

Divers struggled through narrow passages and murky waters to find the 12 boys and their coach late on Monday night on an elevated rock about 4 kilometres (2.5 miles) from the mouth of the cave.

Excessive flooding had made it difficult for the footballers to move or find their way back, as a result, they decided to take shelter in a safer area.

Meanwhile, the boys and their coach survived on bare minimum with a hope to return to their families. The sportsmen strategically decided to minimise their activity and survived on water dripping from limestone.

In the video posted by Thai Navy SEAL, one of the boys can be heard saying, "We are hungry," in response to the query made by a rescuer.

The Tham Luang cave complex, located in northern Thailand, is prone to regular flooding, especially during the rainy months. The authorities have already sent food supply and other essentials for the footballers that could last up to four months.

The team's recovery to safety will require them to learn basic diving skills to be able to get through flooded passages with zero-visibility. Rescuers have been trying to pump water from the cave but were unsuccessful. Heavy rain forecast further threatens to complicate efforts to free the boys.

Rescuers now have to decide how best to get the group out in their weakened condition. They have been given energy gels to sustain them while a plan is being worked out to bring them to safety.

Meanwhile, Thai Navy SEAL commander noted that the team will not rest until the boys are out safely.

"We are still in full operation. Our mission is not accomplished yet. It'll be over after we've brought all the kids out (from the cave)," Rear Admiral Arpakorn Yookongkaew noted.