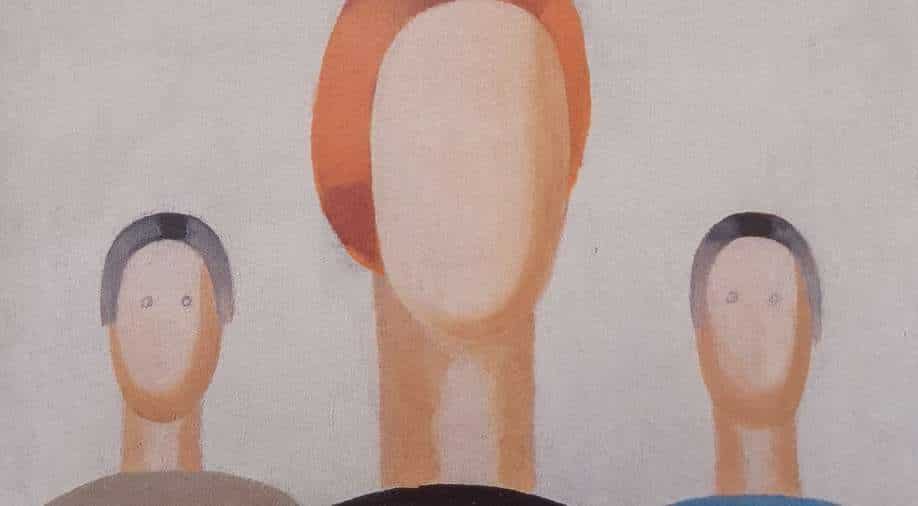 The guard, who is in his 60s, was “bored” and ended up drawing eyes with a ballpoint pen on two of the three faceless figures

On the first day of his job, a security guard working at a Russian gallery was fired after he doodled eyes on a faceless portrait worth 74.9 million Russian Rubles (7,40,000 pounds or roughly US $1 million).

According to reports, the guard, who is in his 60s, was “bored” and ended up drawing eyes with a ballpoint pen on two of the three faceless figures.

The defacement occurred at Boris Yeltsin Presidential Center in the Yekaterinburg city, Russia, where the painting by artist Anna Leporskaya, called Three Figures, was on display.

It is said that two visitors had spotted the extra details on the figures and reported it to a gallery employee on December 7, 2021.

But the guard was sacked this week after he was identified to be the main perpetrator.

The Yeltsin Centre said in a statement that they had identified the private security organisation employee “who painted the eyes on the figures” but did not disclose his name. “The damage was done with a ballpoint pen,” the art centre added.

The estimated cost of the restoration work is £2470, the Daily Mail reports, with the painting itself insured for £740,000.

According to the Art Newspaper Russia website, the guard didn’t apply too much pressure so the relief of the strokes as a whole was not disturbed.

The site claimed that the police weren’t interested in prosecuting the case as the cost of the damage was “insignificant”.

The original artist had passed away in 1982 at the age of 82, and worked with a number of avant-garde artists in her lifetime, according to The Independent.

The gallery issued a statement earlier this week, saying, “We inform you that during the investigation, the person who painted the eyes on the figures in the painting by Anna Leporskaya was identified - this is an employee of a private security organization that carries out security activities of the Yeltsin Center.”

“The damage was done with a ballpoint pen. The work was inspected by the restorer of the State Tretyakov Gallery the very next day and sent to Moscow. The painting is being restored, the damage, according to the expert, can be eliminated without consequences for the work of art,” it said.