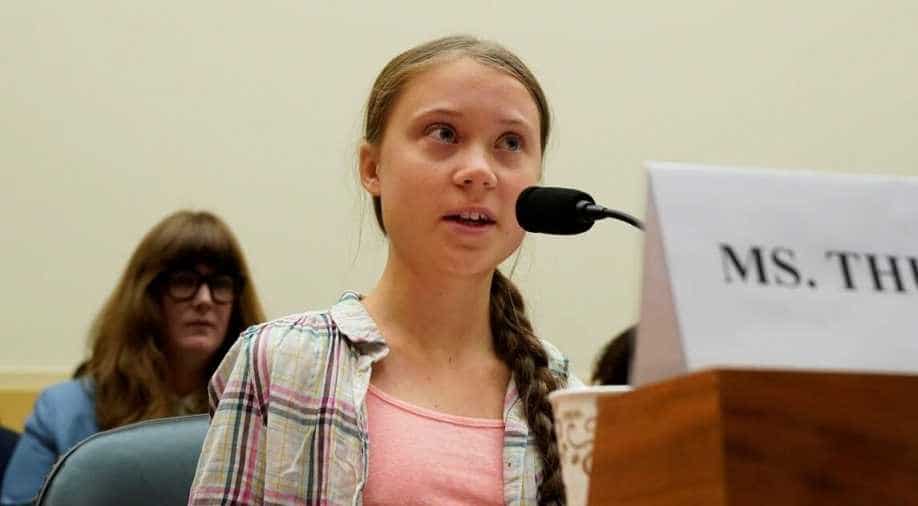 Bookies have Swedish climate activist Greta Thunberg as the name to beat ahead of Friday's Nobel Peace Prize announcement, although experts say Ethiopian PM Abiy Ahmed or a representative of the free press are more likely.

Speculation in Norwegian media on the eve of the announcement centred on organisations like the UN World Food Programme, for their work during the conflict in Yemen, and media advocates like Reporters Without Borders (RSF) in a time of 'fake news' and violence against journalists.

If one is to trust online betting sites like Ladbrokes, the favourite is 16-year-old Greta Thunberg, who has already received Amnesty International's top honour and the Right Livelihood Award, sometimes dubbed the "alternative Nobel".

In August last year, she began sitting alone in front of Sweden's parliament on Fridays with a sign reading "School Strike for the Climate".

In little more than a year, she has galvanised millions of young people around the world to take part in demonstrations to raise awareness for action on climate change.

She made global headlines in late September when she lambasted world leaders at the UN climate summit in New York.

"How dare you? You have stolen my dreams and my childhood with your empty words," she thundered, holding back tears.

But despite her impassioned wake-up calls, experts are sceptical she'll be honoured.

"Extremely unlikely," Henrik Urdal, director of the Peace Research Institute in Oslo (Prio), told AFP, citing her young age and a lack of consensus on how climate change relates to armed conflict.

"The only way I could see that happen is that she would be part of a shared prize like Malala," Urdal said, referring to Pakistani activist Malala Yousafzai, who shared the 2014 prize -- at age 17 -- with Indian children's rights activist Kailash Satyarthi.

NRK journalist Knut Magnus Berge also pointed out that even though her achievements are impressive, Greta is so young, "the Committee has time to wait".

Experts think a more likely candidate would be Ethiopian Prime Minister Abiy Ahmed, who made peace with bitter foe Eritrea.

"Abiy Ahmed would be a good candidate, as his tenure has had peace-inducing effects in the country and on the region," said Peter Wallensteen, professor of Peace and Conflict Research at Sweden's Uppsala University.

Predicting the winner is always a challenge since the Norwegian Nobel Committee never reveals the names of the nominees. All that is known is that a total of 301 individuals and organisations have been nominated this year.

Experts also suggest that the five-person committee could this year decide to focus on freedom of expression and information, at a time when such freedoms are under pressure in both democracies and authoritarian regimes.

"In the age of fake news and information overload... and the lack of transparency, the lack of accountability in many political processes, this is something that I would hope the committee would take very seriously and consider," Urdal said.

Press organisations such as Reporters Without Borders (RSF) or the Committee to Protect Journalists (CPJ) could then be possible winners.

As the migration crisis continues to dominate the political agenda, the UN refugee agency UNHCR and its head Filippo Grandi, as well as the organisation SOS Mediterranee, are also seen as potential winners.

Last year, the award -- consisting of a gold medal, a diploma, and nine million Swedish kronor (around $912,000 or 828,000 euro) -- was given to two champions fighting sexual violence, Congolese gynaecologist Denis Mukwege and Yazidi activist Nadia Murad.

The 2018 prize, which the Academy had postponed in the wake of a sexual harassment scandal, was awarded to Polish writer Olga Tokarczuk.

The Economics Prize will wrap up the 2019 Nobel prize season on October 14.