Bolivia's Morales arrives in Argentina, to get refugee status 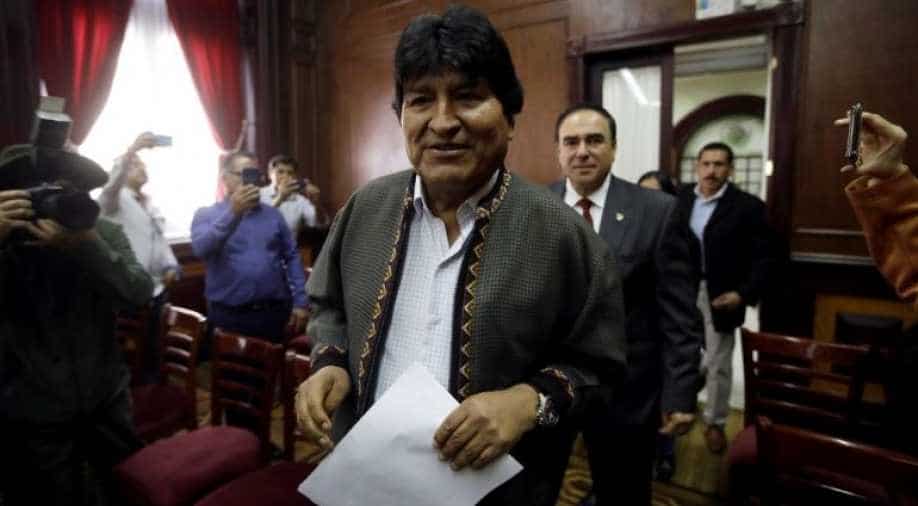 Morales was granted asylum in Argentina and was on his way to "definitive refugee status," the Argentine interior ministry said in a statement.

Morales was granted asylum in Argentina and was on his way to "definitive refugee status," the Argentine interior ministry said in a statement. Center-left President Alberto Fernandez, a Morales ally, was inaugurated on Tuesday.

Morales had previously been in Mexico where he was granted asylum after his resignation in the wake of a presidential election which the Organization of American States (OAS) says was rigged in his favor.

Both Morales and Montano signed a petition upon arrival in Buenos Aires that complied with the "conditions of their refugee status," the Argentine government said, without detailing the conditions.

Argentina's new foreign minister, Felipe Sola, said on an Argentine TV station that the government wanted a commitment from Morales to not make political statements while in the country.

Morales, an iconic socialist leader in Latin America who had been in power for nearly 14 years, thanked Argentina and Mexico for their "support and solidarity" in a tweet after arriving in Argentina.

"My eternal thanks to President (Andres Manuel Lopez Obrador) and the government of Mexico for saving my life and for sheltering me. I felt at home with Mexican sisters and brothers for a month," Morales said in the tweet.

Morales resigned as president on November 10 after the OAS declared there were serious irregularities during the Oct. 20 election, prompting political allies to quit and the army to urge him to step down.

There was no meeting planned between Morales and Fernandez, but they could talk on the phone, Sola said.

A senior US official, who spoke on condition of anonymity, said Morales' presence in Argentina was "not welcome news."

"We will not accept any attempt or action by Morales to meddle or use Argentina as a staging ground to stoke violence or unrest or to undermine a democratic transition in Bolivia," the official said.

Morales, who was Bolivia's first indigenous president, insisted on seeking a fourth term in office, in defiance of term limits and a 2016 referendum in which Bolivians voted against him being allowed to do that. After he resigned, interim President Jeanine Anez was appointed.

"We hope that Argentina rigorously complies with the principles and rules of the right of asylum and the right of refuge and that what happened in Mexico - that had an open microphone, an open arena for policy making - does not occur," Longaric said.