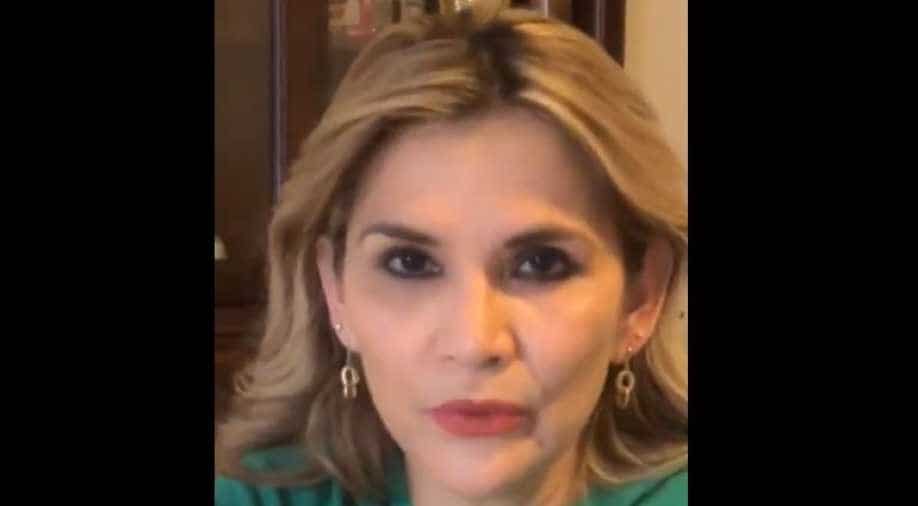 The prosecutors want the detention as a "precautionary" measure

Bolivian prosecutors on Sunday, sought six-month pre-trial detention of country's ex-President Jeanine Anez. AFP reported that in the indictment, prosecutors have asked for provisional imprisonment of Anez, 53, and two ministers in her year-long caretaker government as a "precautionary" measure.

Three of them were apprehended on Saturday on terrorism, sedition and conspiracy charges. The charges are linked to the ousting of Anez's predecessor Evo Morales who claims that it was a coup d'etat

As the most senior parliamentarian left after Morales and his allies fled the country in November 2019 following weeks of demonstrations over disputed elections, rightist conservative Anez took over as caretaker president.

Her arrest came months after Morales returned to Bolivia from exile on the back of a fresh election victory in October 2020 for the leftist Movement for Socialism (MAS) party he founded.

The presidency and congress are now back under the control of MAS.

Anez claimed political persecution as the UN, European Union and United States called for due process to be respected.

Opposition leaders in Bolivia, too, decried the arrests, and civic and human rights groups called for protests in several cities and towns for Monday.

Carlos Mesa, a centrist former Bolivian president, took to Twitter to describe Anez's detention as "arbitrary, illegal, and a violation of her human rights."

It also demonstrates, he said, a willingness on the part of the MAS to "violate the laws and the rule of law to persecute and violently subdue Bolivians who believe in democracy and freedoms."