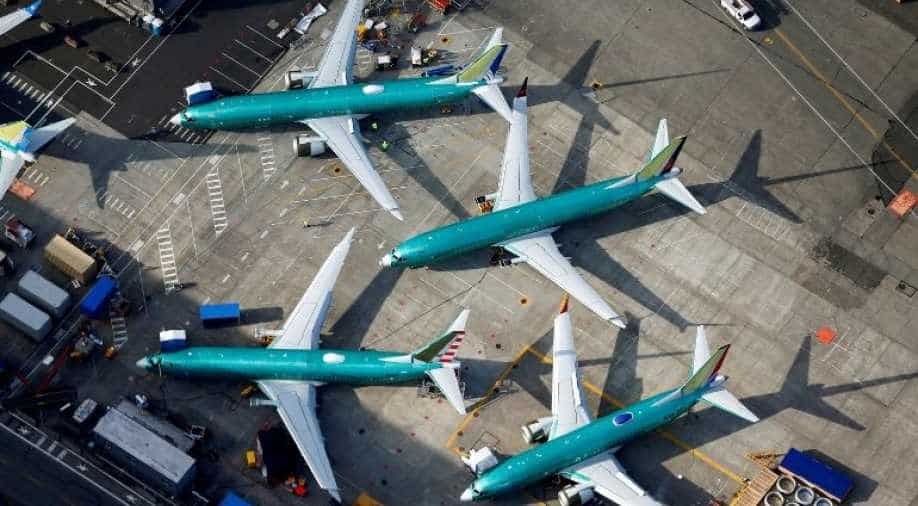 The announcement of Feinberg's hiring came minutes before a US House of Representatives hearing featuring dramatic testimony by Paul Njoroge, a father who lost three children, his wife and mother-in-law in a 737 MAX Ethiopian Air crash in March.

Boeing Co said on Wednesday it will dedicate half of a $100 million fund it created after two crashes of its 737 MAX planes to provide payments to families of those killed, with veteran US compensation expert Ken Feinberg hired by the world's largest plane maker to oversee the distribution.

The announcement of Feinberg's hiring came minutes before a US House of Representatives hearing featuring dramatic testimony by Paul Njoroge, a father who lost three children, his wife and mother-in-law in a 737 MAX Ethiopian Air crash in March.

Feinberg told Reuters his team will "start immediately drafting a claims protocol for those eligible," with the first meeting with officials from Chicago-based Boeing later this week in Washington. Feinberg has administered many compensation funds including for victims of Sept. 11, 2001, attacks on the United States, the 2010 Deepwater Horizon oil spill, General Motors ignition switch crashes, and numerous school shootings.

The 737 MAX, Boeing's best-selling jet, was grounded globally in March following the Ethiopian Airlines crash after a similar Lion Air disaster in Indonesia in October. The two crashes killed 346 people.

Njoroge told a House subcommittee he still has "nightmares about how (his children) must have clung to their mother crying" during the doomed flight.

Njoroge, who was born in Kenya and lives in Canada, said Boeing has blamed "innocent pilots who had no knowledge and were given no information on the new and flawed MCAS system that could overpower pilots."

Boeing did not address specific questions raised by Njoroge but said in a statement "we truly regret the loss of lives in both of these accidents and we are deeply sorry for the impact on the families and loved ones of those on board."

A Boeing official told Reuters last month that after a new software flaw emerged the company will not submit an MCAS software upgrade and training revision until September, which means the planes will not resume flying until November at the earliest. U.S. airlines have cancelled flights through early November as a result of the 737 MAX's grounding.

Boeing shares closed up 1.9% on Wednesday.

Acting FAA Administrator Dan Elwell told Fox Business Network on Wednesday that the agency has made a lot of progress since the plane's grounding.

"We have discovered some anomalies and then we have directed Boeing to mitigate those anomalies," Elwell said, declining to set any timetable for returning the plane to service.

"The 737 MAX is not going to fly until it passes the most thorough and intense look," said Elwell, adding that he had spent several hours with Njoroge during a recent meeting.

Boeing said on July 3 it would give $100 million over multiple years to local governments and non-profit organizations to help families and communities affected by the crashes in Indonesia and Ethiopia.

Feinberg, who will jointly administer the fund with lawyer Camille Biros, said the other $50 million in the fund was earmarked for government and community projects.

Boeing reiterated on Wednesday that the money distributed through the fund would be independent of the outcome of any lawsuits. The company is facing a slew of litigation from the families of victims of both crashes.

"Through our partnership with Feinberg and Biros, we hope affected families receive needed assistance as quickly and efficiently as possible," Boeing Chief Executive Dennis Muilenburg said in a statement.

Boeing's initial announcement of the $100 million funds was met with anger by some victims' families, who described the offer as a publicity stunt.

At the hearing in Washington, Representative Peter DeFazio, chairman of the House Transportation Committee, said he would call Boeing officials to testify at a hearing. DeFazio said the committee was in the middle of an in-depth investigation and had just received a "trove" of documents that panel investigators were reviewing.