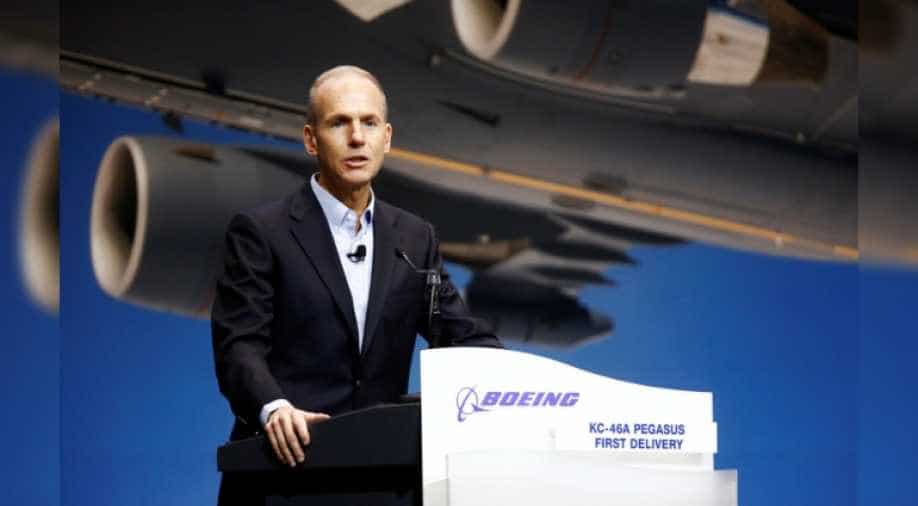 He assured global airline industry that Boeing has also made the final engineering test flight before certification for the 737 MAX aircraft.

Boeing was making "steady progress" on the path to certifying of a crucial software update for the 737 MAX aircraft, CEO Dennis Muilenburg has said after two fatal crashes in recent months forced the grounding of the model, including by Indian carriers.

He assured global airline industry that Boeing has also made the final engineering test flight before certification for the 737 MAX aircraft.

The Maneuvering Characteristics Augmentation System (MCAS) system of the 737 MAX aircraft has come under scrutiny from investigators reviewing two fatal crashes -- the Lion Air crash on October 29 and the Ethiopian Airlines crash on March 10.

Boeing has been developing and testing a software change to the system that will now factor in input from a second sensor.

"We're making steady progress on the path to certification for our 737 MAX software update thanks to the work of our Boeing pilots, engineers and technical experts," Muilenburg said in a video on his Twitter account.

"Yesterday we completed the official engineering flight test with the updated software with our technical and engineering leaders on board the airplane. That was the final test flight prior to the certification flight," he said.

During a speech in Dallas last week, Muilenburg said he joined the Boeing test pilots aboard a 737 MAX flight for a demonstration of this updated software.

"During the flight, the crew performed different scenarios that exercised the software changes in multiple flight conditions. The software update functioned as designed, and I was impressed by the work and professionalism of our team," he said.

Overall, the Boeing team has made 96 flights totalling a little over 159 hours of air time with the updated software.

"They will conduct additional test and production flights in the coming weeks as we continue to demonstrate that we've identified and met all certification requirements. We look forward to completing near-term milestones on the path to final certification," he said in his speech on April 11.

The causes of the two crashes involving Boeing 737 Max are still being investigated, but the focus has been on an automatic safety feature that may have forced the nose of each plane lower when it incorrectly sensed the plane was in danger of going into a stall.

All Boeing 737 Max aircraft being operated by Indian carriers have been grounded since the Ethiopian Airlines crash on March 10.

Meanwhile, CNN reported on Thursday that a Federal Aviation Administration panel found changes Boeing made to a 737 Max stabilisation system to be "operationally suitable," and gave a thumbs up to the planemaker's plans for training pilots about how the system works.

A Flight Standardization Board, comprised of pilots who fly the 737, said in a draft report released on Tuesday that it reviewed "the modified Maneuvering Characteristics Augmentation System" and concluded simulator-based training is not necessary for pilots who flew the previous version of the 737.

The company has proposed a computer-based training that will familiarize pilots upgrading from the 737 NG series with the MCAS system.

The board's draft report is a step forward for Boeing as it works to return the 737 Max fleet to the air. After two weeks for public review, the FAA is expected to publish a final board report, CNN reported.

Boeing announced earlier this month it was cutting the production rate for all of its 737 planes from 52 a month to 42 amid the worldwide grounding.