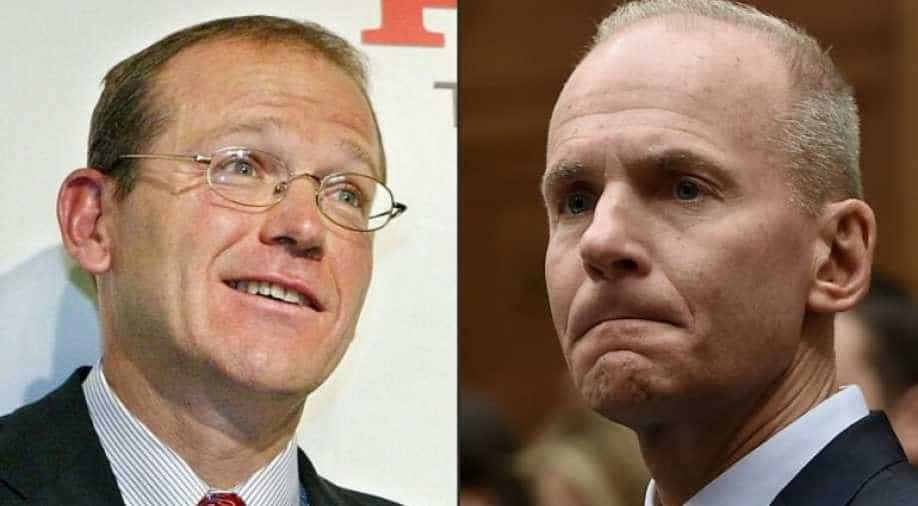 In October 2019, Calhoun was elected as the non-executive chairman of the company

Boeing CEO Muilenburg stepped down today, with David Calhoun being named as the new CEO of the company.

In October 2019, Calhoun was elected as the non-executive chairman of the company.

Effective January 13, 2020, Calhoun will take over the duties of CEO and the President.

Earlier, Boeing Co had temporarily halted production of its grounded 737 Max for the first time in more than 20 years.

Boeing made the announcement as the planemaker's best-selling MAX has been involved in two fatal crashes, reports said.

Watch: The downfall of Boeing

Boeing, which builds the 737 south of Seattle, said it will not lay off any employees during the production freeze, though the move could have repercussions across its global supply chain and the US economy.

The 737 MAX has been grounded since March after two crashes in Indonesia and Ethiopia killed 346 people within five months, costing the plane manufacturer more than $9 billion so far.

Until now Boeing has continued to produce 737 MAX jets at a rate of 42 per month and purchase parts from suppliers at a rate of up to 52 units per month, even though deliveries are frozen until regulators approve the aircraft to fly commercially again.