Bloomberg admits he was wrong, apologises for 'stop and frisk' in New York 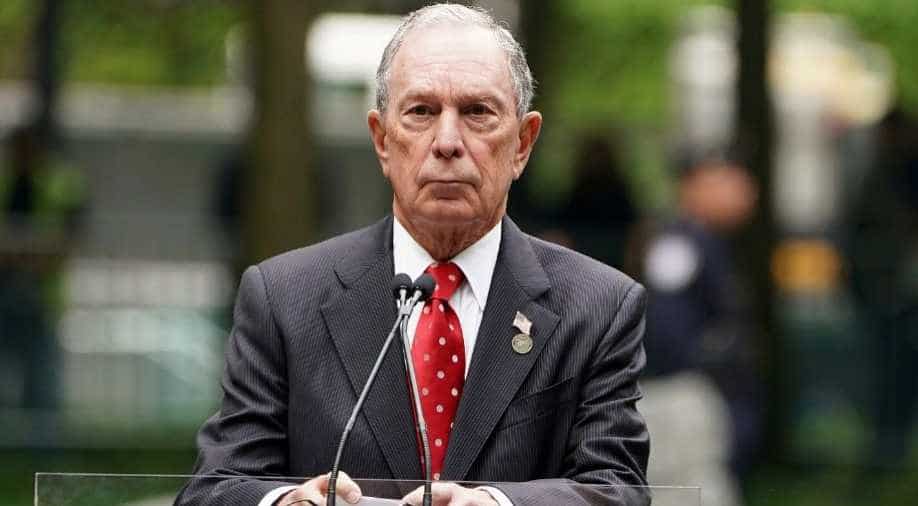 Former New York Mayor Michael Bloomberg admitted he was wrong to support the "stop and frisk" police practice that ensnared disproportionate numbers of blacks and Latinos, apologizing to a largely African-American church on Sunday as he weighs a presidential bid.

"I was wrong. And I am sorry," Bloomberg told the Christian Cultural Center, the New York Times reported, describing the centre as a black megachurch.

His reversal comes as he considers whether to compete for the Democratic nomination for president, a contest in which African-American voters are highly influential.

Bloomberg, 77, has not formally entered the 2020 race, with the months-long nominating contests starting in February, but he has taken steps to get on the ballot in states with early filing deadlines.

The self-made billionaire who served 12 years as New York mayor had long defended stop and frisk as an effective police tactic that saved lives, even after a federal judge in 2013 found it violated the rights of ethnic minorities.

The practice stopped and frisked more than 684,000 people at its peak in 2011, ostensibly in many cases to search for illegal weapons. But the non-profit Center for Constitutional Rights conducted a study that found blacks and Latinos were nine times more likely than white people to be stopped in 2009. The searches sometimes turned up low-level offences such as drug possession that otherwise would have gone unnoticed.

Bloomberg told the congregation the policy eroded trust with the public and he aimed to earn back that trust, the Times reported.

If Bloomberg does enter the race, he will be the fifth most-popular candidate, and his presence may draw more support away from former Vice President Joe Biden than others, a Reuters/Ipsos public opinion poll found.

The November 12-14 national poll found that three per cent of Democrats and independents said they would vote for Bloomberg.