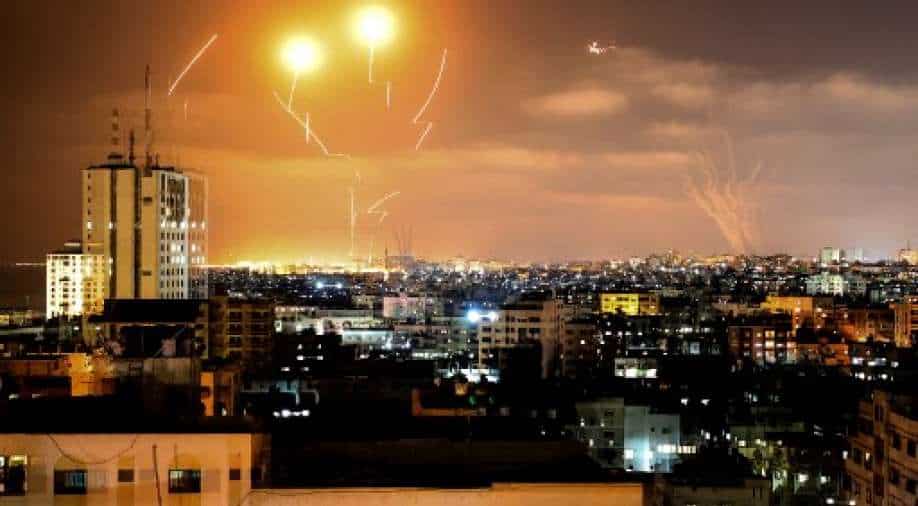 US Secretary of State Antony Blinken implored Israel on Wednesday to avoid civilian deaths, even as he defended the Jewish state's right to attack Gaza in response to Hamas rocket fire.

"I think Israel has an extra burden in trying to do everything they possibly can to avoid civilian casualties, even as it is rightfully responding in defense of its people," Blinken said, calling images of dead Palestinian children "harrowing."

"I have asked Deputy Assistant Secretary of State Hady Amr to go to the region immediately to meet with Israelis and Palestinians … he will urge, on my behalf and on behalf of President (Joe) Biden, a de-escalation of violence."

Weeks of violent clashes in East Jerusalem have ignited the heaviest fighting in years between Israel and Palestinian militants in the Gaza Strip.

At the core of the violence that has left dozens dead are tensions between Israelis and Palestinians over Jerusalem, which contains sites sacred to Judaism, Islam and Christianity.

The tensions, which the United Nations has warned is heading towards "a full-scale war", were triggered by the looming evictions of Palestinian families to make way for Israeli settlers in the Jerusalem neighbourhood of Sheikh Jarrah.

Without referring to any specific incident, Israeli military spokesman Lieutenant-Colonel Jonathan Conricus told reporters: "We are definitely very mindful of civilian casualties in Gaza and we want to minimise them. That's the priority."

Israel said it killed 16 members of the Hamas military wing in a air strike on Gaza on Wednesday and Palestinian militants rained rockets into Israel as global concern mounted over their most intense hostilities in years.

Israel's Shin Bet security service said the brigade commander for Gaza City was among senior members of the Islamist militant group Hamas who had been killed.

"This is just the beginning. We'll hit them like they've never dreamed possible," Prime Minister Benjamin Netanyahu said in a statement.

Soon after the announcement, a new rocket barrage was fired at the Israeli city of Ashdod and Israeli media said the military was preparing for new salvoes on the Tel Aviv area.

Hamas confirmed the commander's death and the loss of "other leaders and warriors" and said in a statement: "Thousands of leaders and soldiers will follow in their footsteps.".

A Palestinian source said truce efforts by Egypt, Qatar and the United Nations had made no progress to end violence that flared this week after tension during the Muslim fasting month of Ramadan and clashes in East Jerusalem.

The offensive is the heaviest between Israel and Hamas since a 2014 war in the Hamas-ruled enclave, and concern is growing that the situation could spiral out of control.

In Gaza, a multi-storey residential building collapsed after Israel warned its occupants in advance to evacuate, and another was heavily damaged in the air strikes.

Other air strikes hit what Israel's military said were rocket launch sites, Hamas offices and the homes of Hamas leaders. Israeli officials said at least 41 Palestinian fighters have been killed in the Gaza hostilities so far.

Hamas said it fired 210 rockets towards Beersheba in southern Israel and at Tel Aviv overnight in response to the strikes on the tower buildings in Gaza City.