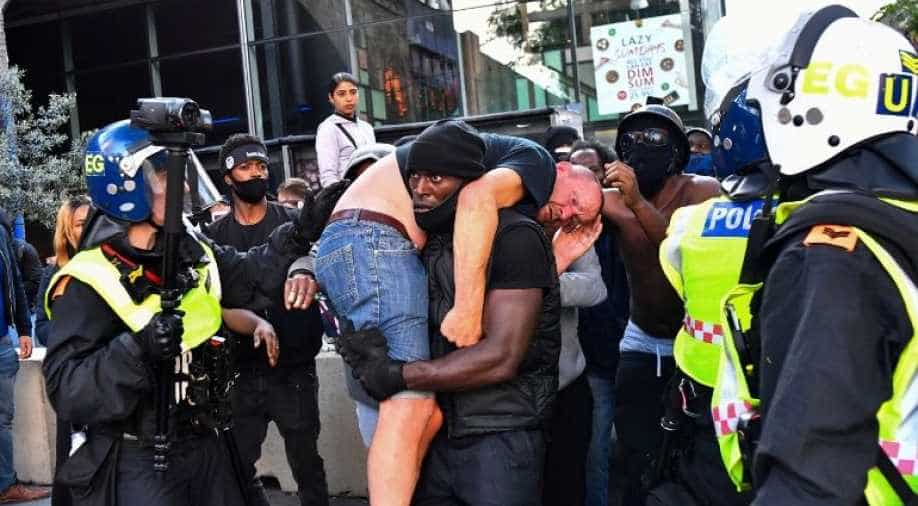 Hutchinson said that the man’s life was ‘under threat’ as the crowds of people became ‘almost like a stampede’ on Saturday.

Patrick Hutchinson has been hailed as a hero after a picture surfaced of him carrying an injured far-right protester during the clashes between the police and rival groups in London on Saturday.

Also read: Death of yet another black man in Atlanta reignites protests across US

According to the picture, the white man was seen on Hutchinson's shoulders clutching his head while flanked by police in riot gear. 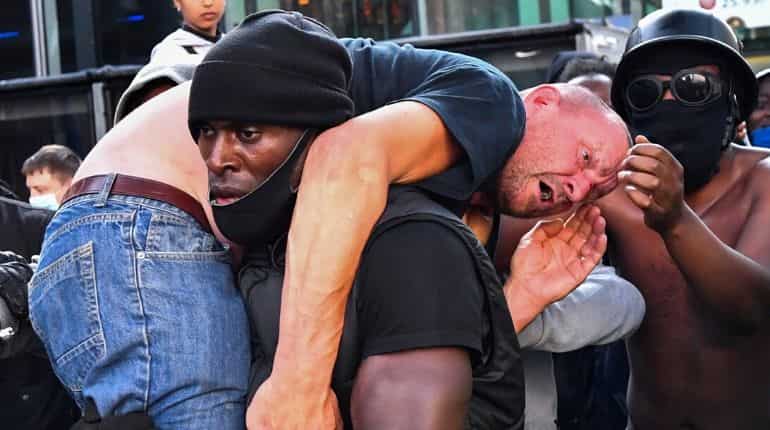 The man had been set upon on the steps leading to the Royal Festival Hall in central London and badly beaten before other protesters stepped in to protect him, Reuters journalists at the scene said.

Patrick Hutchinson, the black man who carried a suspected far-right protester to safety in a viral photo captured by @Reuters during protests in London, says he and his friends ‘did what we had to do’ https://t.co/JWv17pv0d4 pic.twitter.com/0eStlC1pUF

During an interview with Channel 4, Hutchinson said that the man’s life was "under threat" as the crowds of people became "almost like a stampede" on Saturday.

He continued: "People were trying to protect him, but unsuccessfully. And then the guys went in there, they sort of put a little cordon around him to stop him receiving any more physical harm. He was under physical harm. His life was under threat."

"And whilst they did that I thought, 'well if he stays here he’s not going to make it'. So I just went under, scooped him up and put him on my shoulders and sort of started marching towards the police with him whilst all the guys were sort of surrounding me and protecting me and the guy I had on my shoulder."

"I could actually feel strikes and hits as I was carrying him, so these guys were probably taking some of that themselves on their person."

Floyd died in Minneapolis on May 25 after having a knee pressed into his neck for around nine minutes by a policeman.