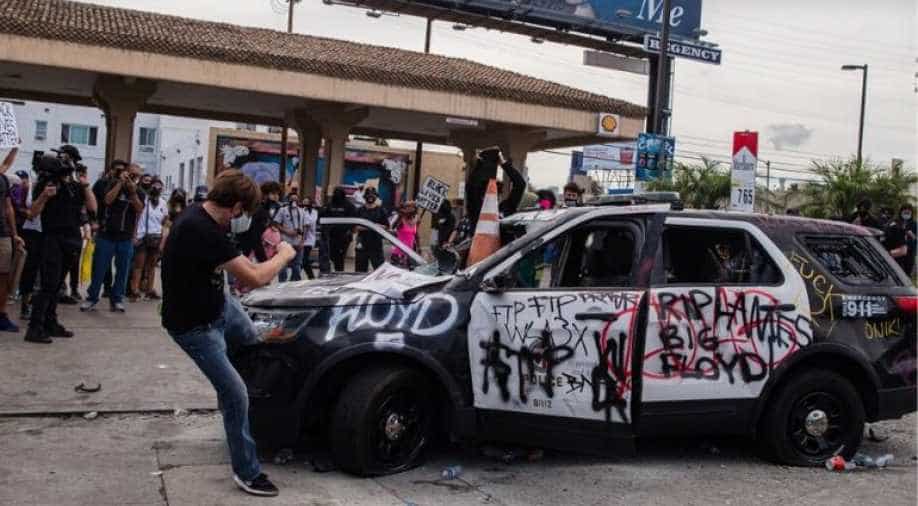 A demonstrator kicks a damaged police vehicle in Los Angeles on May 30, 2020 following a protest against the death of George Floyd, an unarmed black man who died while while being arrested and pinned to the ground by the knee of a Minneapolis police offic Photograph:( AFP )

The demonstrators are still defying curfews, arsonists are still fuelling anarchy, and the policemen are still tear-gassing the unarmed

For the eighth consecutive day, protests over the death of George Gloyd have raged unabated in the United States.

The demonstrators are still defying curfews, arsonists are still fuelling anarchy, and the policemen are still tear-gassing the unarmed.

Also read: My administration has done more for blacks than any president since Abraham Lincoln: Trump

The US President, Donald Trump, meanwhile is tweeting and posing for cameras.

In Portland, Oregon, thousands of protesters were seen lying on a bridge as far as the eye can see. 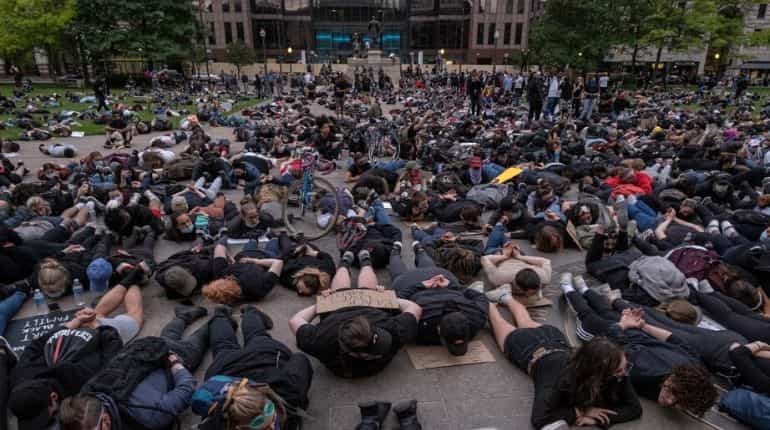 These people are re-enacting the last moments of George Floyd, with “silence is violence” as their collective war cry.

Aerial images from New York show the trail of destruction left in the aftermath of violent clashes. Looted stores, smashed windows, grafitti on the walls, and debris on the streets. “No justice, no peace” is the war cry here.

Oakley, California, police officers bent the knee in solidarity with the protesters who greeted them with praise. “Diversity is the greatest force”, their message to the world.

On Tuesday, the White House resembled a war zone. Policemen on horseback marched towards unarmed protesters, who were tear-gassed to make way from Trump’s photo-op.

Minutes after they were driven back, President Trump emerged with security officials and cameras. He stopped at a damaged church and posed with a Bible. “America will be greater than ever before” is the US President's war cry.

The world is also responding to the American call. In London, the crowd at Central Park continues to swell by the hour. In Bethlehem - Israelis and Palestinians have come together to light candles in Floyd’s memory. In Paris, there are calls for justice for the murder of a black frenchman.

Black lives matter, and the movement is now global!