'Black Lives Matter' spurs scrutiny of colonial past in Italy, The Netherlands 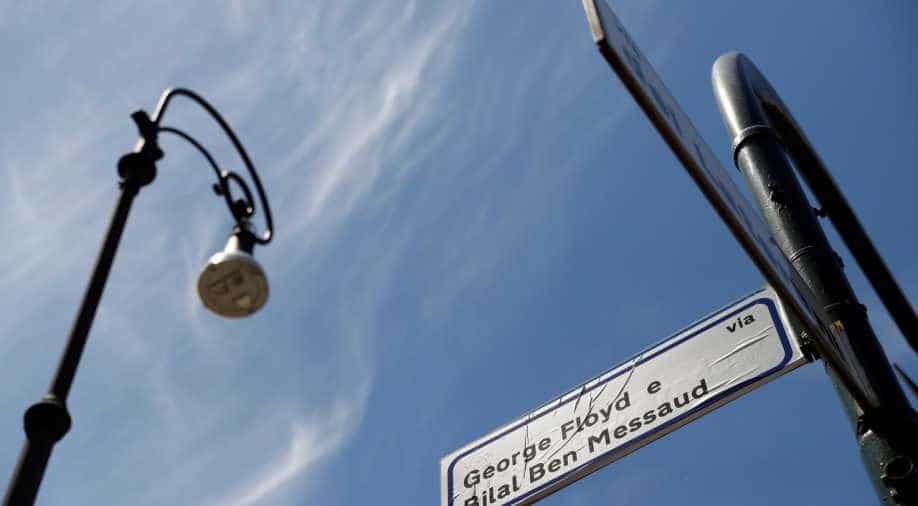 Early in the morning, the activists from a group calling itself the "Let's Remain Human Network" changed a street sign from Via Amba Aradam to Via George Floyd and Bilal Ben Messaud.

Anti-racism activists poured red paint on a statue of an Italian colonial-era general and pasted over the name of a street in Rome on Friday to show solidarity with the Black Lives Matter movement in the United States.

Early in the morning, the activists from a group calling itself the "Let's Remain Human Network" changed a street sign from Via Amba Aradam to Via George Floyd and Bilal Ben Messaud.

Amba Aradam was the location of a battle that took place in 1936 when Italian colonial forces defeated Ethiopian warriors with mustard gas, tanks, and heavy artillery.

Floyd died in Minneapolis after a police officer knelt on his neck for nearly nine minutes while detaining him on May 25. His death has triggered worldwide protests against racism and police brutality.

Messaud was a migrant who died last month while trying to swim ashore from a ship off the coast of Sicily.

The same group took responsibility for splashing red paint on a statue of Antonio Baldissera, a 19th century general in Italy's colonial forces in Abyssinia, now part of Ethiopia.

The group said in a post on Facebook that it was protesting against "structural racism" and that the actions were part of a campaign "to dismantle the symbols of colonialism" in Rome.

Meanwhile, the latest target of activists in Amsterdam is a statue of a top officer of the Dutch East India Company who in the 17th century founded the city that is now Indonesia's capital, Jakarta.

Protests calling for the removal of the statue of Jan Pieterszoon Coen and a counter-demonstration supporting it are planned for Friday evening.

Coen is honoured since the late 19th century as a colonial ruler and leading light in the Dutch East India Company trading powerhouse. But he is also reviled as the "butcher of Banda" for a bloody 1621 assault on a group of islands in order to secure a monopoly on spices grown there.

Prior to this, two protests in Amsterdam drew thousands of participants. A statue of Piet Hein, a colonial era mariner widely regarded as a hero, was daubed with red paint and the word "killer" last week.