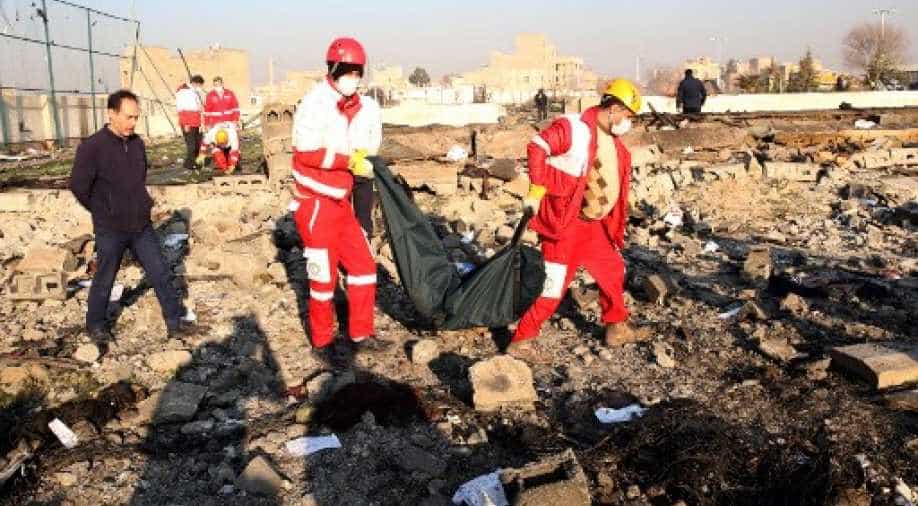 Rescue workers at the site of crashed Ukrainian plane in Tehran Photograph:( AFP )

Iranian rescue team on Wednesday found the black boxes of the Ukranian Boeing 737 airline which crashed in Tehran killing all 176 people on board.

"The two black boxes of the Ukranian 737 aeroplane that crashed this morning have been found," Iran's civil aviation authority spokesman, Reza Jafarzadeh said.

The crash amid Boeing grounding its 737 MAX fleet after two crashes last year.

"We are in contact with our airline customers and stand by them in this difficult time. We are ready to assist in any way needed," Boeing said in a statement.

According to reports, the victims included eleven Ukrainians, eighty-two Iranians, sixty-three Canadians. The plane was carrying passengers who were in transit from Ukraine to Europe

Ukraine's President Volodymyr Zelenskiy said he had ordered the country's prosecutor general to open a criminal case into the crash.

The cause of the crash is yet to be known.