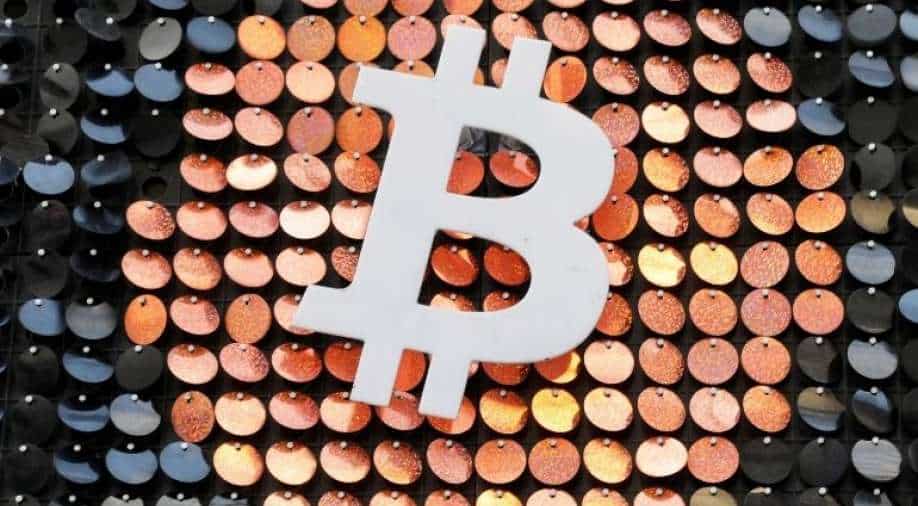 The logo of the Bitcoin digital currency is seen in a shop in Marseille, France Photograph:( Reuters )

Bitcoin, the biggest and best-known cryptocurrency, had already been under pressure from a series of tweets from Tesla boss Elon Musk, but the news from China sent it as low as $36,250, a 15 per cent drop in the trading session

Bitcoin tumbled below the $40,000 mark on Wednesday for the first time in more than three months after China banned financial and payment institutions from providing cryptocurrency services.

Trading in cryptocurrencies has been banned in China since 2019 to prevent money laundering as leaders try to stop people from shifting cash overseas. The country had been home to around 90 percent of the global trade in the sector.

And in a statement, three state-backed industry associations said "cryptocurrency prices have skyrocketed and plummeted, and cryptocurrency trading speculation activities have rebounded".

The price fluctuations "seriously violate people's asset safety and disrupt normal economic and financial order", said the statement, which was posted to social media by the People's Bank of China.

The notice warned consumers against wild speculation, adding that the "losses caused by investment transactions are borne by the consumers themselves" since Chinese law offers no protection to them.

It reiterated that providing cryptocurrency services to customers and crypto-based financial products was illegal for Chinese financial institutions and payment providers.

China is in the midst of a wide-ranging regulatory crackdown on its fintech sector, whose biggest players, including Alibaba and Tencent, have been hit with big fines after being found guilty of monopolistic practices.

The central bank has also sought to promote its own heavily regulated digital yuan, which it is testing across the country in pilot schemes.

Bitcoin, the biggest and best-known cryptocurrency, had already been under pressure from a series of tweets from Tesla boss Elon Musk, but the news from China sent it as low as $36,250, a 15 per cent drop in the trading session.

Bitcoin's decline whacked other crypto assets, with Ether, the coin linked to the ethereum blockchain network, shedding as much as 28% on Wednesday to $2,426. It brings losses in the week since it hit a record high on May 12 to 40 per cent.

Meme-based dogecoin also tumbled, losing nearly 30 per cent at one point, according to market tracker Coingecko.

Shares in the crypto exchange Coinbase dropped 5 per cent in pre-market trading. Coinbase's share price has nearly halved from the peak hit on the day of its direct listing in April.

Cryptocurrency price declines last week were sparked by Musk's reversal on Tesla accepting bitcoin as payment. His subsequent tweets caused further confusion over whether the carmaker had shed its holdings of the coin.

The crypto asset selloff at a time when inflation fears are rising hurts the idea of the asset class as an inflation hedge.

Instead, more traditional hedges have been gaining ground, with gold up almost 6 per cent this month.

The recent selloff in bitcoin and other digital currencies has sent market capitalisation of all cryptocurrencies to $1.7 trillion, down from the $2.5 trillion record hit earlier this month.