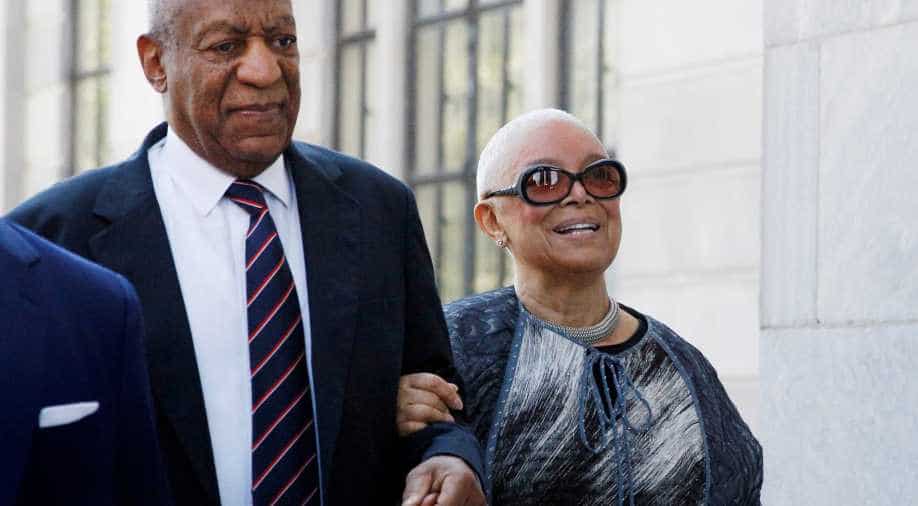 Actor and comedian Bill Cosby arrives with his wife Camille for his sexual assault trial at the Montgomery County Courthouse in Norristown, Pennsylvania, US, June 12, 2017 Photograph:( Reuters )

Bill Cosby's wife of more than 50 years jumped to his defence on Thursday, blaming his sexual-assault conviction last week on a corrupt prosecutor, a pliant press and a lying accuser that she said led to a false verdict and stirred a lynch mob against him.

Camille Cosby said her husband, once a beloved actor and comedian known as America's Dad for his role in a popular 1980s TV show, was railroaded by a self-serving system that she said demanded a criminal investigation of his prosecutors.

"This is mob justice, not real justice," she said in a statement issued by her publicist. "This tragedy must be undone not just for Bill Cosby, but for the country."

A jury of seven men and five women convicted Cosby, 80, on April 26 of drugging and sexually assaulting Andrea Constand, 45, in 2004. He faces up to 10 years in prison for each of three counts of aggravated indecent assault.

Cosby's lawyers said they would appeal the verdict. He remains free on $1 million bail.

Camille Cosby, 74, who attended her husband's three-week trial in Norristown, Pennsylvania only during closing arguments, claimed that Constand had concocted the sexual assault claim in the hope of winning a civil judgment against the actor.

"I firmly believe her recent testimony during the trial was perjured as was shown at trial, it was unsupported by any evidence and riddled with innumerable, dishonest contradictions," she said, echoing an argument that defence lawyers had made during the trial.

Constand was one of more than 50 women who have accused Cosby of sexually assaulting them. The rest of them had passed the legal time limit for prosecution when they stepped forward with their claims.

Unlike Cosby's first trial last June in which jurors were unable to reach a verdict, the judge at the second trial allowed the testimonies of five of the other accusers, who said Cosby had assaulted them in a similar way to how Constand said he had assaulted her.

Without mentioning him by name, Camille Cosby accused Montgomery County, Pennsylvania District Attorney Kevin Steele "and his cohorts" of advancing themselves professionally and economically at her husband's expense.

The press, she claimed, had demonized her husband and unquestioningly accepted his accusers' allegations "without any attendant proof."