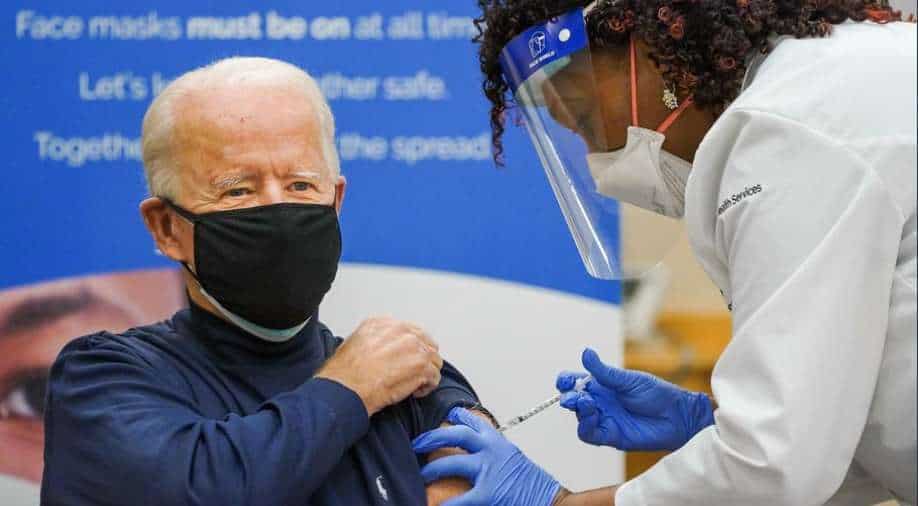 Biden has said he wants 100 million Americans to receive injections during his first 100 days in office, a drastic increase from the current pace.

US President-elect Joe Biden has announced he would surge federal resources into making "thousands" of vaccine sites.

Biden has said he wants 100 million Americans to receive injections during his first 100 days in office, a drastic increase from the current pace. To this end, he has also deployed mobile clinics and expanded the public health workforce to accelerate the rollout of Covid-19 shots.

"This is going to be one of the most challenging operational efforts ever undertaken by our country. But you have my word: we will manage the hell out of this operation," he said on Friday.

The afternoon address came a day after he unveiled a $1.9 trillion stimulus package for the battered economy that included $20 billion for vaccines and $50 billion for testing.

Reports hence say Biden's plan would drastically increase the role of the federal government in the distribution effort, mobilising the Federal Emergency Management Administration and reimbursing states that deploy their National Guard.

Biden has also asked Congress to fund the expansion of the nation's public health workforce to 100,000 personnel, nearly triple the current number.

The push comes as the incoming leader was seeking to wrest the focus from the impeachment of Donald Trump to the agenda for his first days in office.

More than 388,000 people in the United States have lost their lives to the virus, a figure that is likely to have crossed 400,000 by the time Biden is sworn into office on Wednesday.

The outlook is set to worsen as the B.1.1.7 variant of the coronavirus establishes itself in the US as the dominant strain in March.

The Trump administration has already moved to release second doses of the Pfizer and Moderna vaccines that were being held in reserve, and is recommending to states to begin vaccinating everyone over the age of 65.

Biden's plan would continue that policy, while also seeking to improve coordination with states by providing "actionable data on vaccine allocation timelines and delivery."

The Biden team also said they would invoke the Defense Production Act in order to boost supply, pay special attention to ethnic minority communities disproportionately impacted by the pandemic, and embark on an education campaign to build vaccine confidence.