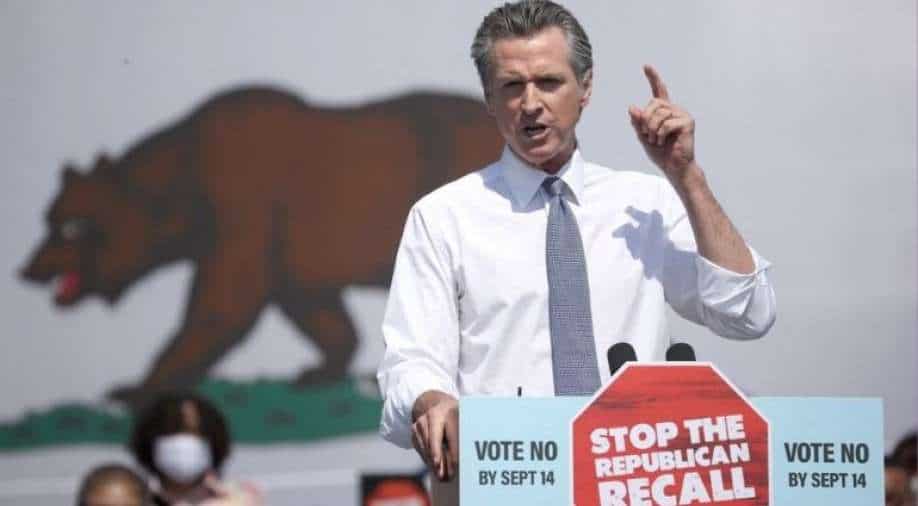 US President Joe Biden is supporting California Gov Gavin Newsom when the state will vote to decide his future. If people approve governor, he stays, otherwise, he will be replaced. The polls show a comfortable lead for the leader. His main rival is Larry Elder, a conservative radio host

On the eve of a vote which could remove the California governor from office, US President Joe Biden has thrown his support behind Gov Gavin Newsom.

This recall vote will decide the future for Newsom. If the Californians decide to approve Newsom, he stays and if not, then someone else will replace him.

In a rally in Long Beach, Biden said the result would "reverberate around the world".

The polls show a comfortable lead for the Democrat. Newsom’s main rival, Larry Elder, is a conservative radio host.

In 2019, Newsom was democratically elected and took office, but Republicans hope to unseat him early. It is only the second-ever recall vote for a governor to appear on the ballots of the Democratic state.

"The eyes of the nation are on you," Biden said, while urging the Long Beach crowd to vote "no" to the recall.

"You either keep Gavin Newsom as your governor or you'll get Donald Trump," Biden added, while signifying Elder to be a "clone" of the former president.

After he took office in 2019, the governor has cemented California's status as progressive and free-spending state in the US. But frustration over the handling of the pandemic and rise in partisanship in politics has fuelled a Republican-led effort to supplant him before his term ends.