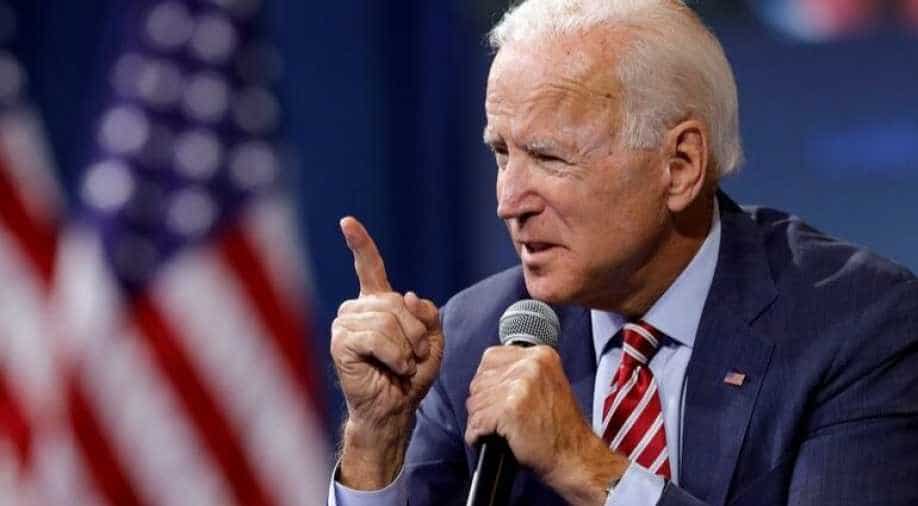 Television networks and Edison Research, which conducted exit polls, projected Biden as the winner as soon as voting closed in the Southern state, while U.S. Senator Sanders of Vermont appeared headed to a distant second-place finish.

Former vice president Joe Biden won the South Carolina primary on Saturday, reviving his flagging campaign and positioning himself as the leading rival to frontrunner Bernie Sanders in the race for the Democratic presidential nomination.

All of the major television networks projected the 77-year-old Biden as the winner in South Carolina just minutes after polls closed in the state at 7:00 pm (0000 GMT).

The networks did not provide any vote totals but the early projections were an indication that Biden had scored a decisive win in the state where he was counting on heavy support among African-American voters.

A South Carolina victory was seen as crucial to Biden's hopes of challenging Sanders, the 78-year-old senator from Vermont, for the spot on the Democratic ticket in November against Republican Donald Trump.

Sanders has been the clear frontrunner in the race having won both New Hampshire and Nevada after finishing in a virtual tie in Iowa with former South Bend, Indiana, mayor Pete Buttigieg.

Biden finished fourth in Iowa, fifth in New Hampshire and second in Nevada and he desperately needed a win in South Carolina ahead of next week's "Super Tuesday," when 14 states go to the polls.

One-third of the delegates who formally choose the Democratic nominee at the July party convention will be up for grabs on Super Tuesday.

"The biggest question is whether this will slingshot Joe Biden into victory in some Super Tuesday states," said Larry Sabato, director of the University of Virginia Center for Politics.

Biden, who served for eight years as vice president to Barack Obama, America's first black president, was the favorite in South Carolina, the first state with a substantial African-American electorate to hold a primary contest.

Speaking before the result was announced, Biden said he hoped South Carolina would propel him into national contention.

"I think I'll do well," he told CNN. "It's been the launching pad for Barack and, I believe, for me."