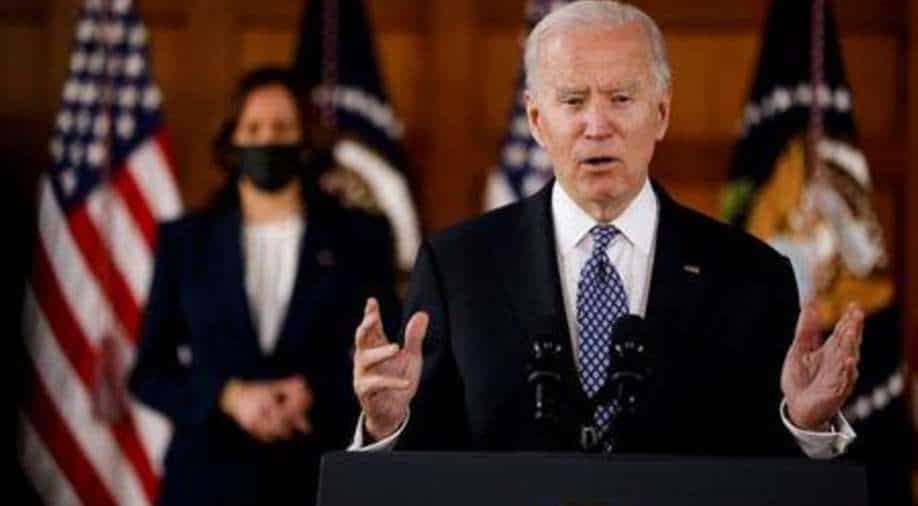 Prosecutor Fatou Bensouda had launched an investigation into alleged war crimes by US military personnel in Afghanistan.

US President Joe Biden has revoked sanctions imposed by Donald Trump on the top prosecutor of the International Criminal Court.

With this, Biden is trying to resolve an intense disagreement with European allies as the new administration seeks a more cooperative approach.

Prosecutor Fatou Bensouda had launched an investigation into alleged war crimes by US military personnel in Afghanistan. Former secretary of state Mike Pompeo, to this end, last year denounced the "kangaroo court" in The Hague and imposed both financial sanctions and a US visa ban on its Gambian-born chief prosecutor.

Bensouda is leaving her job in June and will be replaced by British human rights lawyer Karim Khan, who now can open his work without the burden of looming sanctions.

The court in The Hague further annoyed the United States by opening an investigation into alleged war crimes in the Palestinian territories by Israel, a US ally which rejects the authority of the court.

Biden said the United States still has concerns with the ICC. But "the threat and imposition of financial sanctions against the Court, its personnel, and those who assist it are not an effective or appropriate strategy," he said in a statement.

Pompeo's successor, Antony Blinken, said the United States continued to "disagree strongly" with the moves on Afghanistan and Israel.

"We believe, however, that our concerns about these cases would be better addressed through engagement with all stakeholders in the ICC process rather than through the imposition of sanctions," Blinken said in a statement.

Biden revoked an executive order by Trump on the sanctions, also lifting sanctions against senior ICC official Phakiso Mochochoko and visa bans on other court staff.

Blinken said he was encouraged by reforms being undertaken by the court, which has also come under scrutiny over internal matters including judges' salaries.

He noted that the United States has supported specific international judicial initiatives to provide accountability for war crimes or crimes against humanity including in the Balkans, Cambodia and Rwanda.

Blinken announced the decision days before the administration needed to respond to a lawsuit against Trump's executive order filed by the Open Society Justice Initiative, which promotes human rights and democracy.

Human Rights Watch praised Biden for ending "this unprecedented and downright warped use of sanctions" and turning the page on Trump's "assault on the global rule of law."

Trump had, in his final weeks in office, granted clemency to three US troops convicted of crimes in the wars in Afghanistan and Iraq, with one of the men later meeting him.