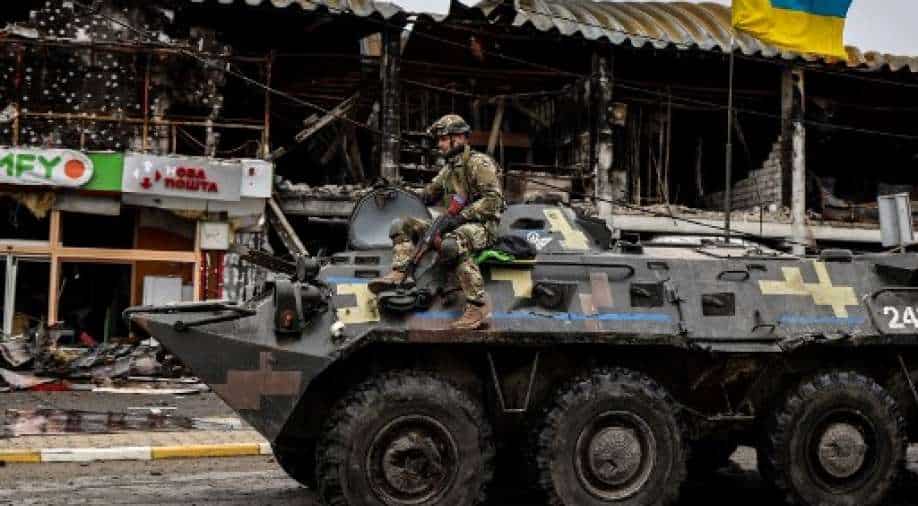 A Ukrainian soldier patrols in an armoured vehicle in Bucha, northwest of Kyiv Photograph:( AFP )

Ukraine has been supported by military aid from the US, UK and other countries as it continues to resist the Russian invasion.

As the war with Russia enters its fourth month, the Biden administration approved a massive $40 billion aid package to Ukraine which included weapons and economic support to the Zelensky government.

The US Congress had approved $14 billion in aid for Ukraine in March just days after President Putin announced his "special military operation" on February 24.

The bill was passed in the Senate which was stuck after Republican Rand Paul prevented a quick vote. The US Congress had passed the aid package earlier this week in a bipartisan move.

The bill has set aside $6 billion to boost Ukraine's armoured vehicles and air defences to fight the Russian forces. Meanwhile, Ukraine President Zelensky said only talks on the "negotiating table" can help resolve the Ukraine war.

Ukraine has been supported by military aid from the US, UK and other countries as it continues to resist the Russian invasion.

However, Russia has made recent gains seizing Mariupol after weeks of heavy bombardment and continues its operation in eastern Ukraine.

Amid the invasion, Sweden and Finland applied for NATO membership angering Russia which cut off gas supply to Finland.