Biden and Trump campaign in heartland states in US election finale 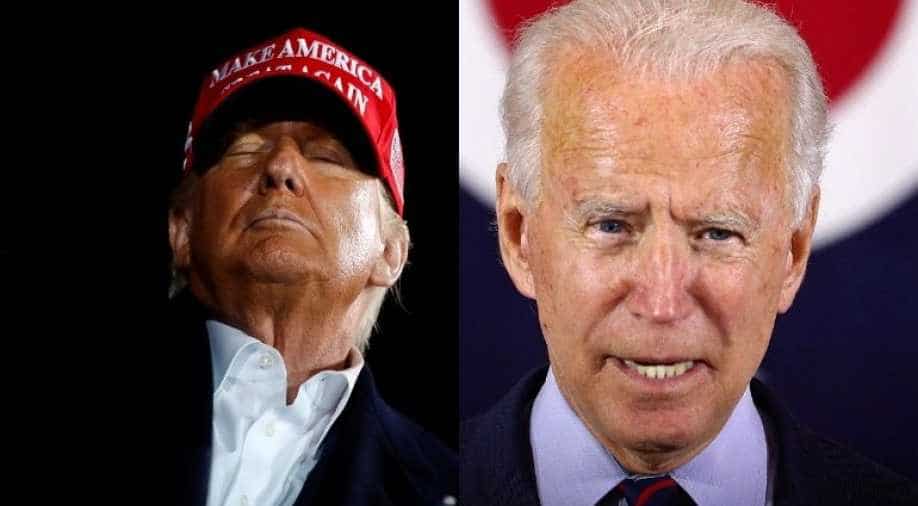 The resurgent coronavirus has passed the milestone of nine million cases in the US, and as would be apparent, Biden intensified his attacks on Trump over his mishandling of the pandemic.

Democratic presidential nominee Joe Biden Friday had the dais to himself as he and the incumbent US president, Donald Trump, sparred over American Midwest in the run up to the November 3 vote.

The resurgent coronavirus has passed the milestone of nine million cases in the US, and as would be apparent, Biden intensified his attacks on Trump over his mishandling of the pandemic.

Trump held a rally in Michigan before heading to Wisconsin and Minnesota -- all states battling climbing numbers of virus cases.

"We just want normal," Trump told supporters -- many of them unmasked -- at an outdoor rally near Detroit as he pushed states to relax public health restrictions and resume daily life.

He again bucked his own administration's health experts as he downplayed the Covid-19 threat, saying "if you get it, you're going to get better, and then you're going to be immune."

Covid-19 has killed nearly 230,000 people in the US, which is experiencing surges in most states as the winter flu season looms.

"We can not afford four more years of Donald Trump," Biden said at a socially distanced drive-in rally in St. Paul, Minnesota.

"So honk your horn if you want America to lead again!" he said, embracing the awkward pandemic-era campaign trend of rallying supporters in their vehicles.

"Donald Trump has given up (and) waved the white flag," Biden told a drive-in rally with more than 300 cars in Des Moines.

Trump flipped Iowa, Michigan and Wisconsin from the Democrats to clinch his shock victory four years ago. Now polls show Biden leading in all three, albeit narrowly in Iowa.

It was Biden's first visit to Iowa since his inauspicious campaign start in February, when he placed a dismal fourth in the opening Democratic nominating contest.

With voters concerned about the health hazards of crowded polling stations on November 3, a record 86 million have already cast early ballots by mail or in person.

Even as the US hit a grim new high in daily Covid-19 infections Thursday, Trump has stuck to his guns, downplaying the dangers and branding Democrats as rampaging "socialists" intent on shuttering the country.

And while Trump has touted the economic successes of his presidency, including positive GDP figures Thursday, US stocks closed out their worst week since March, highlighting concerns about a shaky recovery.

After a campaign largely muted by the pandemic, Biden is on the offensive, pushing Trump onto the back foot in unexpected battlegrounds like Texas, a large, traditionally conservative bastion now rated a toss-up by multiple analysts.

On Friday, the state reported that a staggering nine million residents had already voted, surpassing its entire 2016 total.

On Saturday Biden returns to the Midwest bringing with him perhaps his strongest surrogate: ex-president Barack Obama, making his first joint in-person campaign appearance of the year with his former VP.

Trump will spend the day campaigning in the critical state of Pennsylvania, where he narrowly trails Biden in polls.

Biden will follow suit there both Sunday and Monday in a clear sign that his campaign sees the Keystone State as absolutely crucial to his victory.

Trump and Biden on Thursday campaigned in Florida.