Biden administration waives off $5.8 billion in student loans from college that Harris once sued 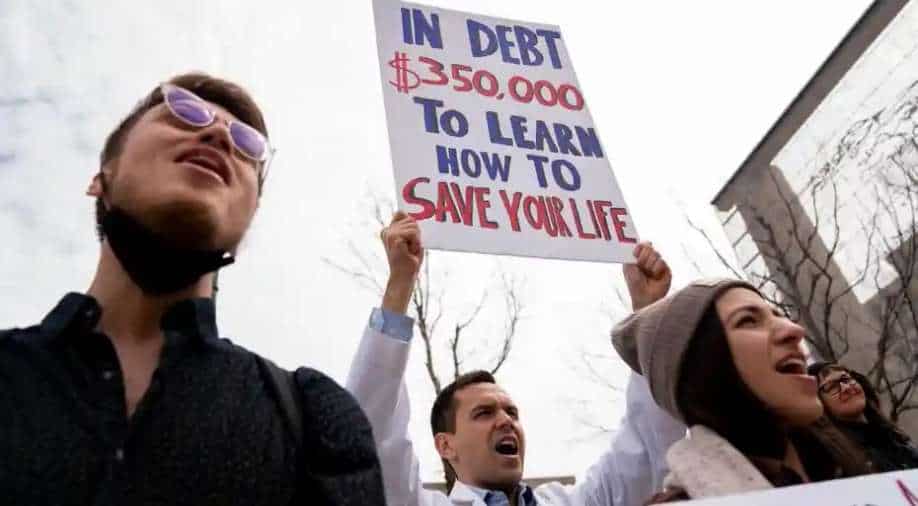 The Biden administration has waived off $5.8 billion in student loan debt for 560,000 borrowers who were defrauded by the now-defunct network Corinthian Colleges.

Making the announcement on Wednesday, the Department of Education described it as “the largest single loan discharge the department has made in history.”

Vice President Kamala Harris had initialled sued Corinthian when she was California’s attorney general after it came to the fore that these for-profit institutions engaged in widespread misconduct, deception, and other illegal practices.

The Department of Education found that Corinthian Colleges misled prospective students about the ability to transfer credits and falsified its job placement rate.

"As of today, every student deceived, defrauded, and driven into debt by Corinthian Colleges can rest assured that the Biden-Harris administration has their back and will discharge their federal student loans," US Secretary of Education Miguel Cardona said in a statement.

"For far too long, Corinthian engaged in the wholesale financial exploitation of students, misleading them into taking on more and more debt to pay for promises they would never keep. While our actions today will relieve Corinthian Colleges' victims of their burdens, the Department of Education is actively ramping up oversight to better protect today's students from tactics and make sure that for-profit institutions – and the corporations that own them – never again get away with such abuse."

The latest move to relax student loans comes as the White House has been reportedly mulling whether to move ahead with broad-based student loan forgiveness.

Most recently, officials were leaning toward wiping out $10,000 for all borrowers who earn below $150,000, CNBC reported.

During his campaign trail, Biden proposed cancelling a minimum of $10,000 in student debt per person as a response to the pandemic, as well as forgiving all undergraduate tuition-related federal student debt from two- and four-year public colleges and universities for those borrowers earning up to $125,000 a year.