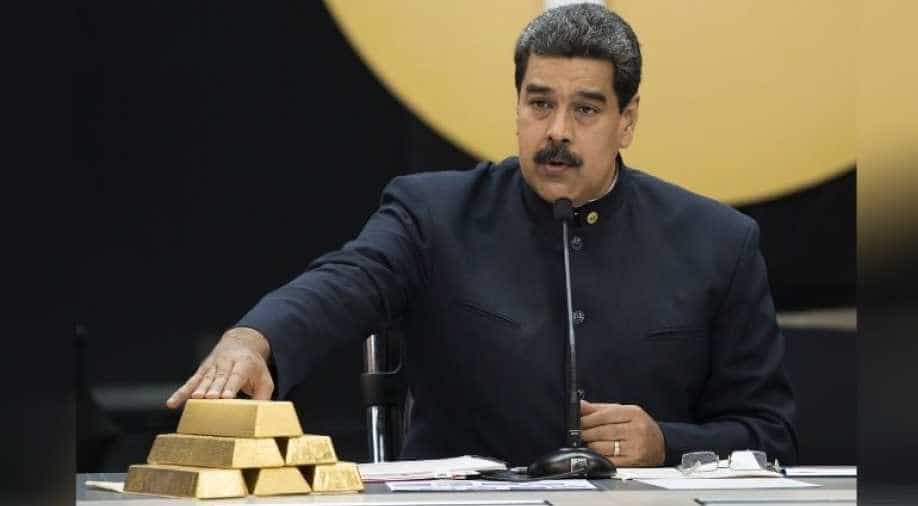 Venezuelan President Nicolas Maduro in a conference with one hand on gold bars Photograph:( Reuters )

The Biden administration is set to allow thousands of Venezuelans to seek refuge in its borders in a significant policy shift from The Trump era.

According to a US official, temporary protected status is being offered to people who fled have political repression and economic chaos in Venezuela.

A senior Biden government official said that over 300,000 individuals are estimated to be eligible. The temporary protected status is being offered to people who fled political repression and economic chaos.

The Venezuelans who being considered are all already in the US will now not be deported till at least 2022, according to the officials.

On taking office in January, President Biden immediately set about reversing what he said were Trump's inhumane border policies.

According to the UN, 34 per cent of the 5.4 million Venezuelans who fled the country since 2015 are in Colombia, which has no diplomatic relations with its neighbour.

The Colombian government announced on Monday that it was giving protected status to almost one million undocumented migrants from the neighbouring country.