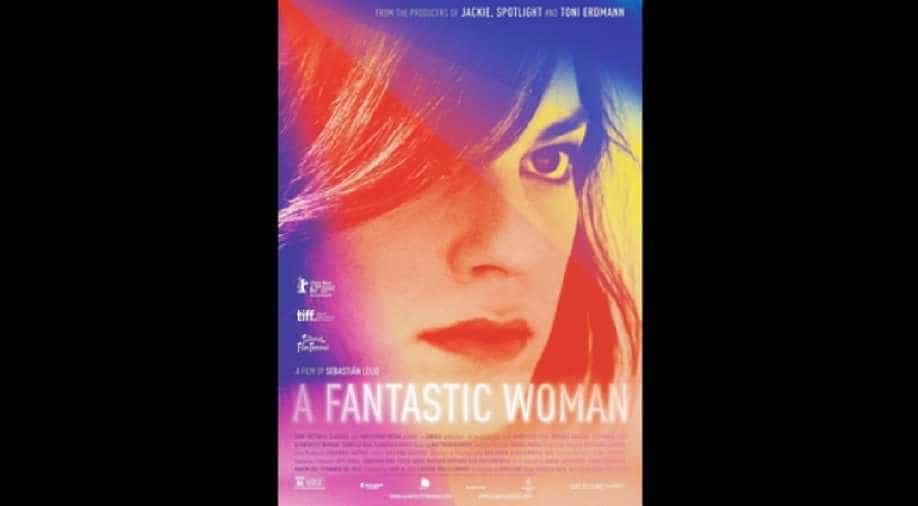 Poster for 'A Fantastic Woman.' Photograph:( Others )

A Fantastic Woman has won the Oscar for best foreign language film at the 90th Academy Awards. A Fantastic Woman (Spanish: Una mujer fantástica) is a 2017 Chilean drama film directed by Sebastián Lelio which came out in 2017.

The movie surrounds Marina Vidal, a transgender woman played by Daniela Vega, who is in a relationship with Orlando, a man 30 years her senior and wants to plan a future but dies on the same day as her birthday.

Orlando's ex-wife forbids her from attending the funeral. And to make matters worse, Orlando's son threatens to throw Marina out of the flat she shared with Orlando. Marina is a trans woman and for most of Orlando's family, her gender identity is an aberration, a perversion.

When Orlando dies of an aneurysm, Marina becomes an object of suspicion for his family, who see and treat her as a rogue, and she must figure out how to work through her grief while external forces make things even more difficult.

So Marina struggles for the right to be herself. She battles the very same forces that she has spent a lifetime fighting just to become what she is now - a complex, strong, forthright and fantastic woman.

It was selected as the Chilean entry for the Best Foreign Language Film.