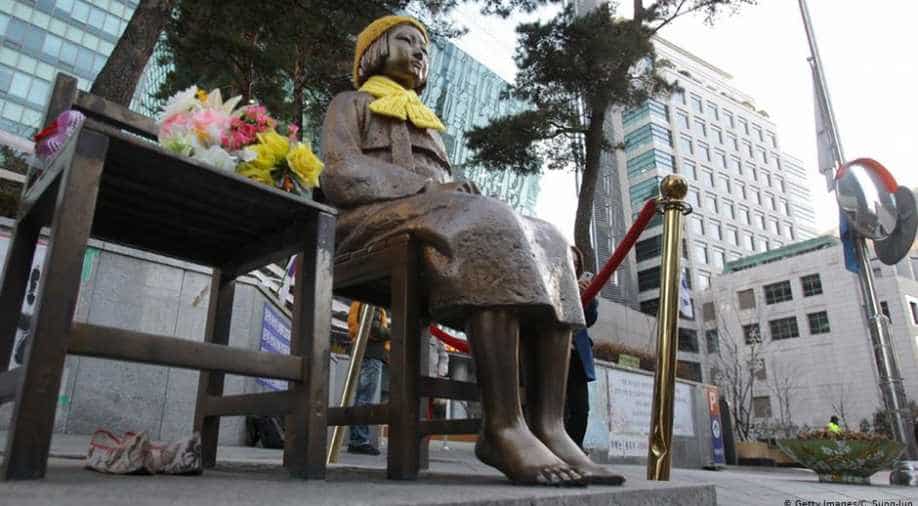 The "comfort women" suffered under Japan’s military brothel system before and during World War II.

A district in central Berlin has ordered a local Korean group to remove a statue commemorating women used as sex slaves in World War II amid objections from Tokyo.

The "comfort women" suffered under Japan’s military brothel system before and during World War II.

The authorities said on Thursday that they have rescinded approval for the statue erected last month.

The mayor of the central Mitte district said permission had been given for the Korean organization to display a “peace statue” for one year, as a broad “statement against sexualized violence against women in armed conflicts.” Instead, he said, the statue unveiled in late September “exclusively addresses the behavior of the Japanese army in World War II.”

“This has led to irritation in Japan on a national and local level and also in Berlin,” he said in a statement.

Historians say tens of thousands of Korean women were lured or forced into sexual slavery at Japanese military-run brothels when the Korean Peninsula was under Japanese colonial rule in 1910-45.

The Korean association has until October 14 to remove the statue.

The civic group that played a key role in the setting up of the statue says it will continue talks with the district, with the aim of keeping the statue on display in a public place.

The statue in question, which depicts a life-sized girl, is the third of its kind erected in Germany.