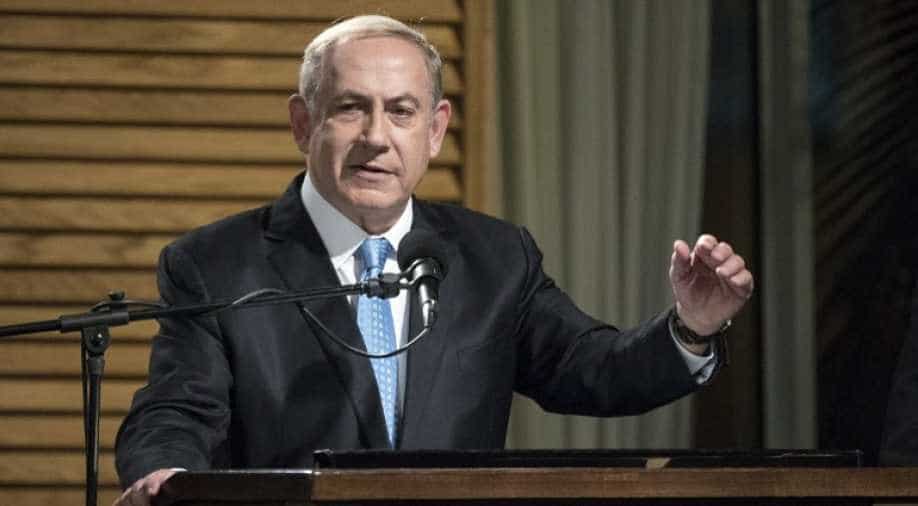 There were major celebrations at the Likud party headquarters as Benjamin Netanyahu arrived. The prime minister thanked the voters for giving him what he called 'a huge victory for Israel'.

Israeli Prime Minister Benjamin Netanyahu's Likud Party is on track to emerge as a winner in country's third election in a row this year.

Also read: Israelis vote in the third general election in a year: Will Netanyahu reach the magic number?

The polls indicated that Netanyahu's right-wing Likud party gained about 37 seats while Gantz's centrist Blue and White party got 32-34 seats in the elections that were held on Monday, reports Xinhua news agency.

Meanwhile, the exit polls also showed that Netanyahu's party and allies gained 59 or 60 seats, meaning the bloc fell short of two or one seat(s) needed for a majority coalition in Israel's 120-seat Parliament or Knesset.

But exit polls indicate that he could still end up struggling to overhaul the majority mark. On your screens right now are the exit poll numbers.

The far-right bloc led by Netanyahu's Likud party is expected to win around 59 seats — which is 2 less than the majority mark. The opposing bloc led by the blue and white alliance is projected to win 54 seats.

And just like last time — Avigdor Lieberman and his Yisrael Beiteinu have emerged as the possible kingmaker with 7 seats.

There were major celebrations at the Likud party headquarters as Benjamin Netanyahu arrived. The prime minister thanked the voters for giving him what he called 'a huge victory for Israel'.

Netanyahu vowed to form a strong national govt after speaking to all the right-wing parties in Israel. And promised to come good on his campaign promises — which include the annexation of the west bank, and the revival of the economy.

This could, however, be easier said than done. If these exit poll numbers hold — then Netanyahu is still 2 seats short.

And the obvious person the prime minister will turn to — is Avigdor Lieberman. But Lieberman has ruled out joining Netanyahu's bloc.

He says he will only support a unity govt. While these numbers indicate a mandate inclined towards Netanyahu — it is by no means conclusive.

And experts believe the political deadlock could very well continue.Over in the blue and white headquarters — the scene was exactly the opposite.

Speaking to his supporters, Benny Gantz said that he was disappointed by the exit polls and said he hoped the actual results would be different.