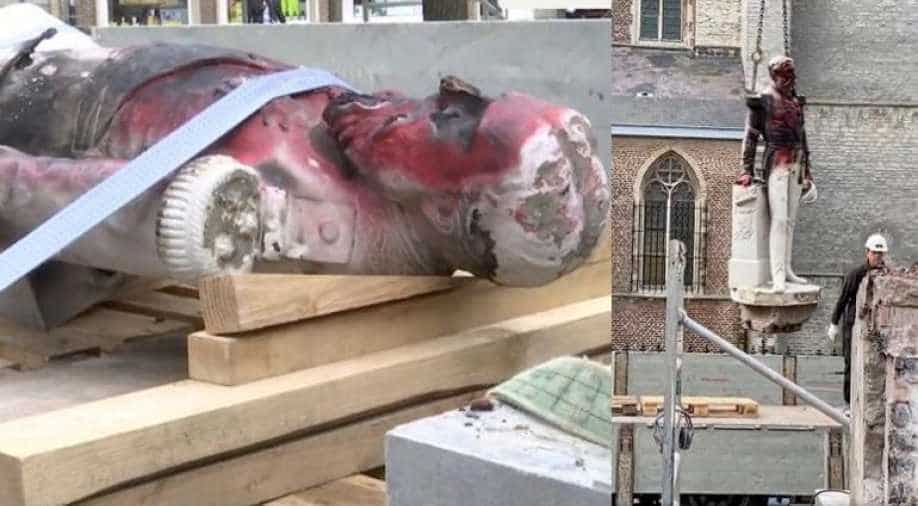 But he added that it probably would not be returned to its public pedestal next to a church in the Antwerp district of Ekeren.

The Belgian port of Antwerp has removed a statue of King Leopold II on Tuesday after it was painted and vandalised by anti-racism protestors.

Also read: Mnuchin says US recovery has begun, will gain strength in third and fourth quarters

Earlier, nearly 30,000 people in Belgium had signed a couple of petitions to remove statues King Leopold II, their colonial-era ruler. His troops decimated Congo in the late 1800s. This move was inspired by global protests raged by the death of unarmed black American George Floyd.

According to Johan Vermant, a spokesman for Antwerp's mayor Bart de Wever, said: "The statue was seriously vandalised last week and needs to be restored by the Middelheim sculpture museum."

But he added that it probably would not be returned to its public pedestal next to a church in the Antwerp district of Ekeren.

"Because of the renovation work planned for 2023 in the square in which it was placed, the statue will not be replaced. It will probably become part of the museum collection."

A series of protests broke out in the United States and some European countries after the death of George Floyd on May 25 after a police officer knelt on his neck.

In the Belgian city of Ghent, a bust of Leopold II was covered in red paint which read "I can't breathe" which were the final words of Floyd.

According to many Belgian youths, they are ashamed of Leopold's massacre in Congo that killed millions after colonising it between 1885 and 1908 continues to be honoured. Congolese were shot by troops for resisting slavery and some were sent to Human zoo in Belgium.