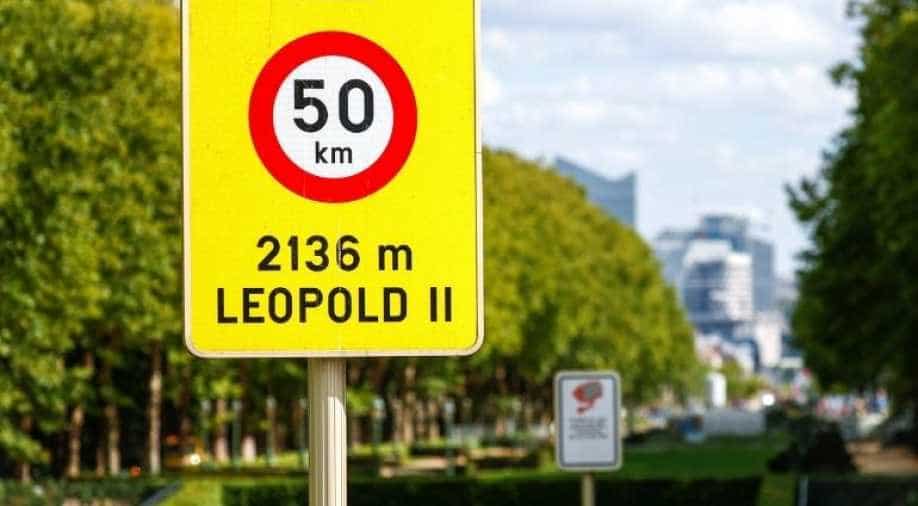 A road sign is pictured at the entrance of the Leopold II tunnel, named after former Belgian King, in central Brussels, Belgium September 7, 2020. Photograph:( Reuters )

Brussels has asked its residents to pick a new name for the King Leopold II road tunnel in a step aimed at coming to terms with Belgium's colonial past and addressing gender inequality.

A statue of Leopold II - whose colonial rule at the turn of the 19th and 20th centuries cost millions of lives in central Africa - was removed by activists in Brussels in June amid Black Lives Matter protests.

Now Brussels wants to rename part of its traffic ring road after renovations next year.

"We know that Leopold II is a very controversial figure in our history. We need to start a course of decolonisation of the public space," the region's minister in charge of mobility and public works, Elke van den Brandt, said.

She said an expert panel, including specialists in colonial history and women's rights, would select a shortlist of names for the tunnel. Just 6% of streets in Brussels are named after women, official data shows.

Brusselites will choose the new name from the shortlist. Results will be announced later this year.

Many Belgians remain ignorant of their country's harsh colonial rule that used slave labour to harvest goods including rubber. The proceeds laid the foundation for the modern-era prosperity of Belgium, a country of 11.5 million people and home to European Union institutions.

"This is a very good idea because we start being made aware in school of the crimes that (Leopold II) committed. Changing to a woman's name, I find that good for equality," said 17-year-old high school student Romain Noppe.

Rwandan nurse Theogene Fatakanwa, 49, who lives in Brussels and regularly uses the tunnel, agreed. "If it is a matter of changing (the name) because of the history of Congo, then we are on a good path," she said.

But 71-year-old Brusselite Alain Moons said: "Even if (Leopold II) has done things that are not right, that is no reason to erase history."