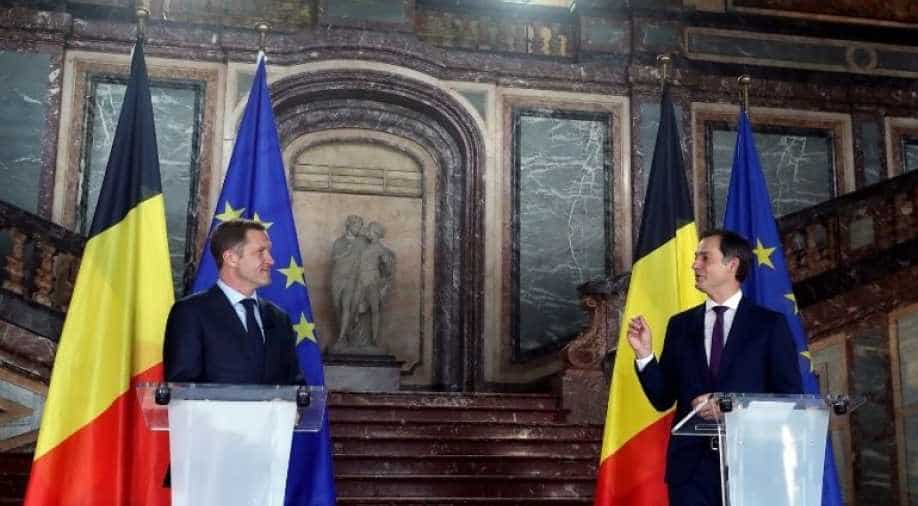 Belgium has not had a fully fledged government since December 2018, when a four-party coalition collapsed

Belgium formed a new government on Wednesday, 16 months on from an inconclusive election, with caretaker finance minister Alexander De Croo named as the new prime minister.

After weeks of talks, seven parties spanning the French-Dutch language divide agreed to form a coalition to replace the caretaker administration of Sophie Wilmes, which was appointed at the start of the coronavirus pandemic in March.

Belgium has not had a fully fledged government since December 2018, when a four-party coalition collapsed. The two largest parties, the French-speaking Socialists and Flemish separatist N-VA, have struggled to overcome their differences, leaving the unwieldy, seven-party "Vivaldi" coalition across four political groups as the only viable option.

Also read: Belgium seeks new name for road tunnel as it takes on colonial past

De Croo's government will officially start work on Thursday when he and fellow ministers are sworn in by King Philippe.

"We have done what appeared impossible for long, too long, in our country... namely the formation of a federal government," De Croo said in a short statement to reporters at the venue for the talks.

De Croo, 44, comes from a family deeply involved in politics and has written a book on how feminism also liberates men.

Under Wilmes' caretaker administration he took charge of finance, overseeing stimulus to tackle the COVID-19 crisis and a deal to save Brussels Airlines. Belgium has one of the world's highest COVID-19 fatalities per capita and the death toll passed 10,000 on Wednesday.

De Croo inadvertently referred to his work under "Sophie Michel", mixing up the names of Wilmes and her predecessor Charles Michel.

"The first gaffe had to come. I've done it rather quickly," he said.

French-speaking Socialist Paul Magnette, standing beside De Croo, joked that his rival had won a coin toss to become prime minister but was "an excellent choice".

In their agreement, the parties agreed to close Belgium's nuclear power plants by 2025, set a 1,500 euro ($1,755) minimum monthly pension and reduce sales tax for green investments.

De Croo will present the plan to Belgian lawmakers on Thursday, the first day of a summit of EU leaders that he would be expected to attend.