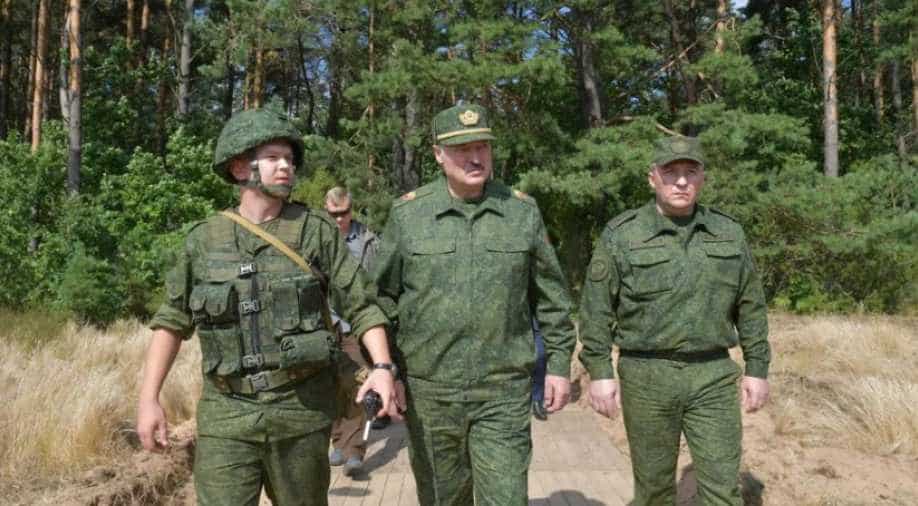 In Minsk, the foreign ministry's spokesman said Belarus had acted in line with international regulations and a senior transport official read out what he said was the text of the bomb threat

Belarus said on Monday that a false bomb threat that prompted a passenger plane to be diverted to Minsk where authorities arrested a journalist on board, was written in the name of the Palestinian militant group Hamas.

Authorities released what they said was a text of the bomb alert as officials sought to defuse a mounting international outcry over what Western capitals have denounced as an act of 'state piracy'.

Hamas spokesman Fawzi Barhoum denied his group had any knowledge or connection.

Minsk scrambled a warplane to escort a Ryanair flight on Sunday, flagging a bomb alert that proved false once the plane had made an unscheduled landing in Belarus where authorities arrested Roman Protasevich, a journalist critical of Belarusian leader Alexander Lukashenko.

Western governments are threatening new sanctions against the former Soviet republic led by authoritarian Lukashenko over the diversion of the flight from Greece to Lithuania as it flew through Belarusian air space.

In Minsk, the foreign ministry's spokesman said Belarus had acted in line with international regulations and a senior transport official read out what he said was the text of the bomb threat.

"We, the soldiers of Hamas, demand that Israel cease fire in the Gaza Strip. We demand that the European Union withdraw its support for Israel in this war," said the head of the transport ministry's aviation department.

"There is a bomb on that plane. If you do not comply with our demands, the bomb will explode over Vilnius on 23 May," he said.

Hamas spokesman Barhoum said the group "has nothing to do with that completely."

The Palestinian militants and Israel are in the fourth day of a ceasefire after 11 days of hostilities, the worst outbreak in fighting between Israel and Hamas in years.

"We don’t resort to these methods, which could be the doing of some suspicious parties that aim to demonise Hamas and foil the state of world sympathy with our Palestinian people and their legitimate resistance," the Hamas spokesman said.

Igor Golub, head of the Belarusian air force, said that the Ryanair crew took the decision to divert to Minsk itself and that the fighter jet was sent to escort it only after it turned to fly towards the Belarusian capital.

The Belarusian foreign ministry spokesman said Minsk would guarantee full transparency in the case and would also be prepared to allow foreign experts to be involved in an investigation.