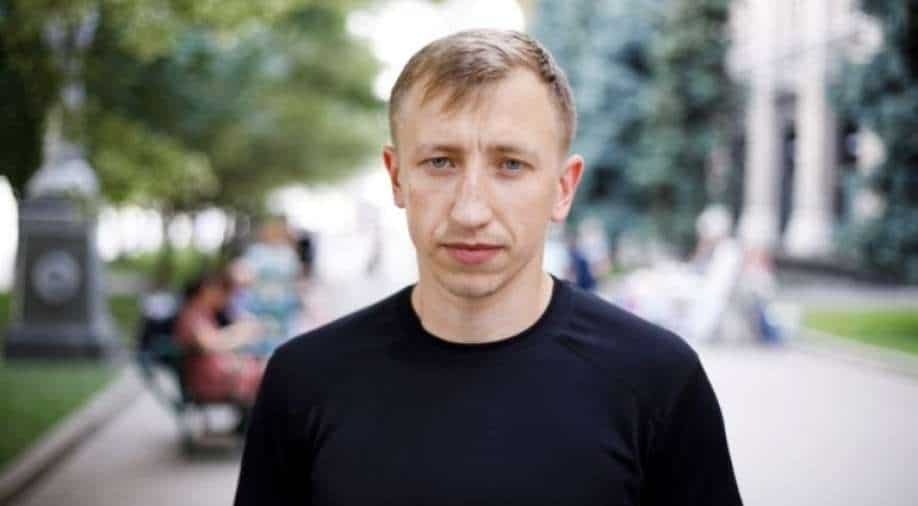 Shishov, 26, had felt under constant surveillance since he left Belarus last year after taking part in anti-government protests, his colleagues said

A Belarusian NGO has accused the regime of strongman Alexander Lukashenko of being behind the murder of its head Vitaly Shishov, who was found hanged in a park in Ukraine's capital.

"There is no doubt that this is an operation planned by Chekists to liquidate a Belarusian who presented a true danger to the regime," the Belarusian House in Ukraine said in a statement, referring to security service agents.

Police said they were considering the possibility of suicide or of a murder staged to appear as a suicide.

Shishov had been found with abrasions on his nose and knee but it was too early to determine whether he had been attacked, Ukraine's national police chief, Ihor Klymenko, told a briefing.

Shishov, 26, had felt under constant surveillance since he left Belarus last year after taking part in anti-government protests, his colleagues said. He had been warned about possible threats, including being kidnapped or killed.

Ukraine, Poland, and Lithuania have become havens for Belarusians during a security crackdown by President Alexander Lukashenko following a disputed election last year. Tens of thousands of people have been detained and leading opposition figures are either in jail or living abroad.

"It is worrying that those who flee Belarus still can't be safe," exiled opposition figure Sviatlana Tsikhanouskaya said on Twitter ahead of a meeting in London with British Prime Minister Boris Johnson. She said the death could be a crime.

We are in contact with @MFA_Ukraine regarding the death of Belarusian activist Vital Shyshou & the incident with athlete Krystsina Tsymanouskaya, whose husband fled from Belarus to Ukraine. Grateful to 🇺🇦 authorities for a prompt reaction & support of repressed Belarusians. pic.twitter.com/xceuafCjZ1

The US embassy in Kiev said the death came "amid an unacceptable Belarusian crackdown on civil society" and called on Ukraine to do a "complete and thorough investigation".

In Washington, State Department spokesman Ned Price renewed a call "for an end to the crackdown, the immediate release of all political prisoners" and free elections.

Ukrainian police had earlier said a murder probe has been opened.

Igor Klymenko, head of the national police, told reporters that officers were pursuing two main leads: suicide and murder disguised as a suicide. He said the activist had scratches on his nose and body which were consistent with a fall.

Several hundred people rallied outside the Belarus embassy in Kiev on Tuesday evening, many holding white and red flags associated with the Belarusian opposition.

The head of the Belarusian House in Warsaw, Ales Zarembiuk, said he was "100 percent convinced" that Shishov was murdered in a bid to frighten the Belarusian diaspora, whose organisations supported last year's protests.

According to Zarembiuk, Shishov ran an account on Telegram that exposed KGB agents.

Zarembiuk, who said he never walks alone, said Belarusians are less safe in Ukraine than in neighbouring Poland because of its ongoing war with pro-Russia separatists.

"He may not have been killed by a KGB agent, but it was definitely on their orders."

Belarus has a history of political killings and disappearances, and regime critics have claimed that the Belarusian security services run death squads that hunt down and target Lukashenko opponents.

Kiev has been accused of not properly investigating the killing of Belarusian journalist Pavel Sheremet in Kiev in 2016.