Behind Kazakhstan unrest, the strongman’s dilemma 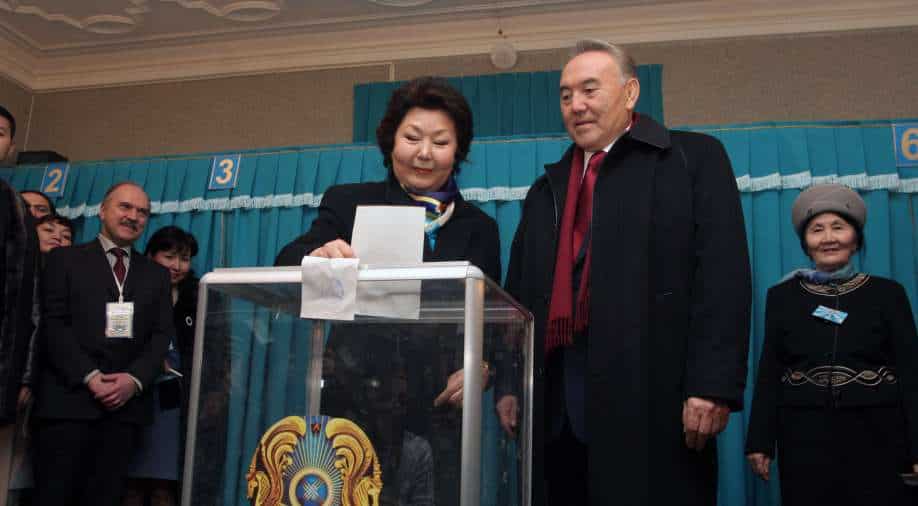 Nazarbayev stage-managed his own departure in ways that suggest painstaking attention to the lessons of history, and his transition was watched closely in Moscow and other capitals as a potential model

Kazakhstan’s explosion into unrest this week presents a stark warning to the strongman autocrats of the world: Leaving office is perilous.

Since the Cold War’s end, a staggering 70% of governments headed by strongmen collapsed after the ruler departed, according to one data set.

The trend holds whether the leader leaves voluntarily or involuntarily, dies in office, or retires to a country home.

Sometimes, as in Spain after Francisco Franco’s death in 1975, it opens the way to democratization. More often, as in Egypt, Sudan, Zimbabwe and many others, the result is a cycle of coups, civil conflict or other violence.

Nursultan Nazarbayev, Kazakhstan’s lifelong leader until he began gradually handing power to a successor in 2019, was, by all appearances, keenly aware of this problem.

He told an interviewer in 2014 that any country such as his needed “a sustainable system put in place that would be stable against the backdrop of a new leader’s arrival,” ticking through Malaysia or Singapore as possible models.

Nazarbayev stage-managed his own departure in ways that suggest painstaking attention to the lessons of history, and his transition was watched closely in Moscow and other capitals as a potential model.

His departure does not appear to have specifically set off Kazakhstan’s protests. But the unrest, the government’s failure to maintain support and now its flailing response are typical of the divided, disoriented bureaucracies that often falter after a strongman’s departure.

The lesson, experts stress, is hardly that strongmen bring stability. Quite the opposite: Their style of rule erodes the foundations of governance, making themselves indispensable at the cost of leaving behind a political system barely capable of governing but primed for infighting.

Autocrats such as Nazarbayev who stand alone at the top, as opposed to those who rule on behalf of a larger party apparatus as in Cuba or Vietnam, face a tricky challenge.

They must strike a balance among all of their country’s internal factions, ruling elites, security services and military brass, guaranteeing each enough power and spoils to keep them bought in but without letting any grow powerful enough to challenge them.

As a result, strongmen-led dictatorships tend to be more repressive and more corrupt. And their leaders frequently obsess over potential rivals, whether a regional leader who grows too popular or a security agency with too much autonomy.

In his 29 years of rule, Nazarbayev was, like many such leaders, notorious for shuffling his government, promoting and demoting deputies to keep them off balance.

But stifling rising stars, hollowing out power centres and stuffing institutions with loyalists (often chosen because they are too weak to pose a threat) leaves the government barely able to stand on its own.

And it creates what some scholars call the strongman’s dilemma: how to set up a successor without creating a rival and how to leave a government able to outlast the leader without making themselves redundant and vulnerable.

Some try to solve this by grooming family members. Two of the rare successes followed this model: Azerbaijan and Syria, where dying autocrats passed power to their sons.

Still, children often prove unable to win the necessary support, inviting challengers to try to take power themselves. North Korea is the only modern nonmonarchy to have reached a third generation of family autocratic rule.

But staying in office indefinitely is little better. As the leader’s health inevitably falters, rivals or even allies may be tempted to grab for power before someone else can take it first. Robert Mugabe of Zimbabwe was 93 and visibly declining when he was deposed in a coup.

This is why despots tend to hide from public view when they have health problems, to avoid any appearance of frailty that might set off a race to replace them. It’s also why the disappearance of a dictator, even a reviled one, tends to produce panicked rumours as citizens fear the consequences of a power vacuum.

When strongman rule works, the leader is the keystone holding it all together. But any keystone is also the point of greatest weakness. If it falls away, the whole thing collapses. Which is precisely what often happens.

“The moment of transfer has almost always been a moment of crisis,” scholar Andrew Nathan has written, “involving purges or arrests, factionalism, sometimes violence, and opening the door to the chaotic intrusion into the political process of the masses or the military.”

This dilemma has especially hung over the former Soviet world, where autocrats have held on two or three times the average strongman’s tenure, which is about a decade.

But longer rule means a longer fall, for the leader and their country, once they inevitably depart.

This has heightened the stakes, with many post-Soviet leaders extending term limits. Russian President Vladimir Putin recently pushed his to 2036, when he will be 83.

With every passing year, it becomes harder for autocrats to hand off power, while the risks rise of disaster if a crisis should force them out.

“The odds of regime survival are very dim if the leader’s departure was forced,” said Erica Frantz, a Michigan State University scholar of authoritarianism.

This is much more than a problem for strongmen. Such leaders are increasingly common worldwide, a point of convergence for both calcifying dictatorships and backsliding democracies. At least two sit in the heart of Europe. Some experts consider China, where Xi Jinping is building a cult of personality and has paved the way for lifelong rule, to now qualify.

And the more of the world comes under this style of rule, the more millions of people are exposed to the dangers of a catastrophically failed succession.

Nazarbayev had seemingly addressed this problem by stepping halfway out of power as a loyalist nominally took over. In theory, he was to be just present enough to keep the system together but absent enough to allow it to coalesce around a new order.

Even in rare cases such as Nazarbayev's in which it looks like a transition has worked, Frantz said she has found in her research, the new government tends to collapse within an average of about five years.

“Their successors often face serious challenges in governance,” she said, citing Venezuela, where President Nicolás Maduro has faced ever-mounting crises since taking over from Hugo Chávez in 2013.

Kazakhstan now looks like an example of this, too. It casts doubt on Nazarbayev’s supposed solution and suggests that the problem of strongman succession may be, on some level, irresolvable.

It is why, just as Nazarbayev’s exit in 2019 is thought to have been closely watched in palace drawing rooms from Moscow to Manila, it is a safe bet that the turmoil he failed to forestall will be as well.