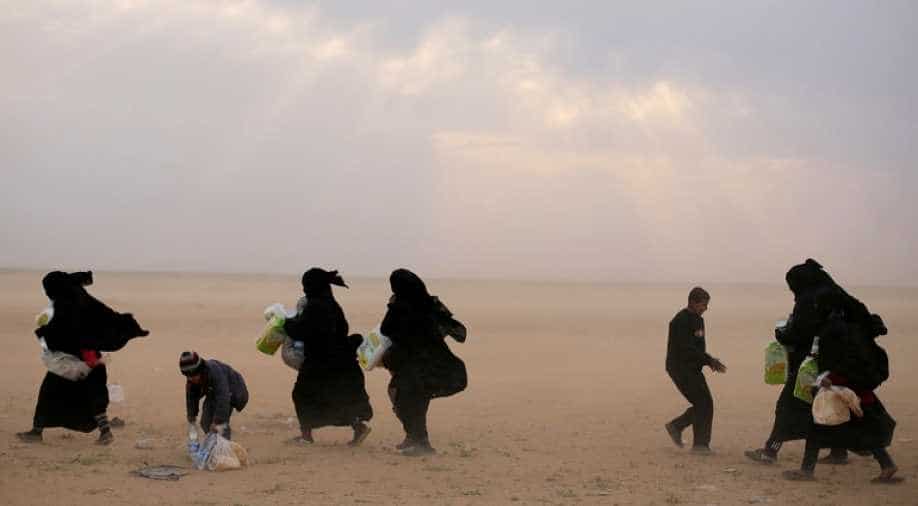 Falling bombs raised smoke over Islamic State's last enclave in east Syria on Sunday, obscuring the huddle of vehicles and makeshift shelters to which the group's self-declared "caliphate" has been reduced.

After dark, a Kurdish TV channel broadcast live footage showing fires raging and the swift glow of rockets pounding into the enclave accompanied by the sound of intense gunfire.

During an earlier lull in fighting, tiny figures of people still inside were clearly visible walking among hundreds of trucks, cars and minibuses clustered around a few concrete buildings by the bank of the Euphrates.

It is all that remains to Islamic State in the heartland of the territory it seized in 2014, taking advantage of chaos in Iraq and Syria to grab about a third of both countries and eradicating the border between them.

However, the group's leader Abu Bakr al-Baghdadi is still at large and regional officials believe it will remain a threat after it has lost all its land.

The enclave is in Baghouz, a handful of hamlets in farmland next to the river along the Iraqi border. Despite its tiny size, more than 60,000 people have fled it in the past two months, said the besieging Syrian Democratic Forces (SDF) militia.

Another 34,000 civilians were evacuated. Former residents from the region say many of the civilians who left the Baghouz area in recent weeks were Iraqi Sunnis with close tribal ties on the other side of the border in Deir al-Zor, a Sunni heartland.

They sought sanctuary in Syria for fear of reprisals by the Iraqi Hashd al Shaabi, the Iranian-backed Shi'ite militias in Iraq, the former residents said.