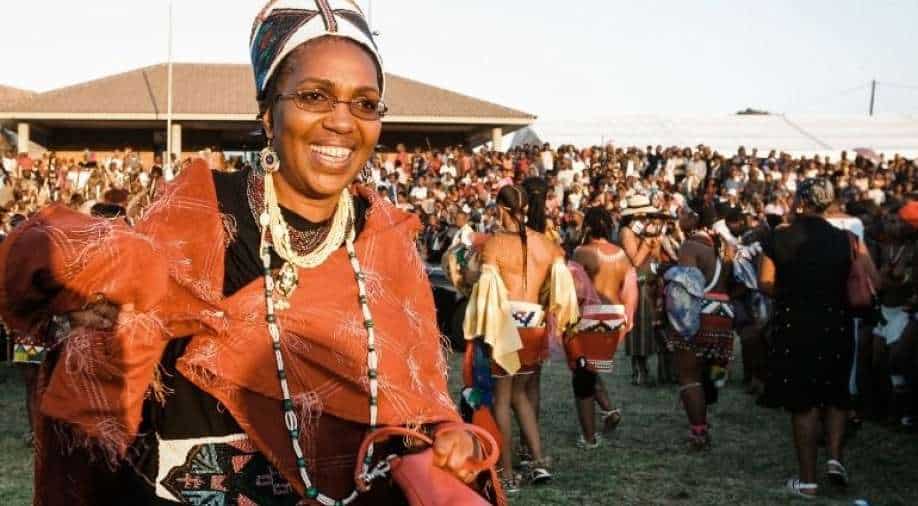 The 65-year-old queen, who emerged as the ruler amongst six wives and 28 children of the king, died last week

Amid allegations of foul play, the body of the late Zulu regent queen was laid to rest.

Queen Shiyiwe Mantfombi Dlamini Zulu, who became the successor of her late husband King Goodwill Zwelithini, reigned only a weeks.

The 65-year-old queen, who emerged as the ruler amongst six wives and 28 children, died last week.

Since her death, factions of the family are coming out with different versions.

There have been allegations of poisoning and claims that the king's signature was fraudulently added to his will.

Though the royal family does not have any formal government powers, it still controls millions of hectares of land via a trust.

Monarchs also get public funds and have a lot of political influence.

Details of the cause of the queen's death have not been revealed, but some South African media reports suggest that she was ill for some time.

Mangosuthu Buthelezi, the traditional prime minister to the royal family, has vowed that there would be "no leadership vacuum" and called for restraint among other members of the family.

"The ructions which have taken place, which has actually upset all of us, depressed me … they shame the royal family," Buthelezi said.