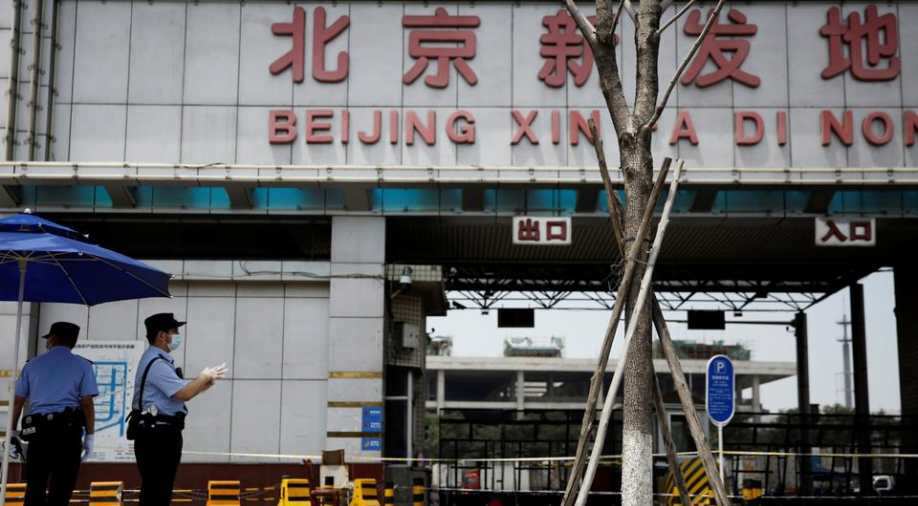 Beijing reported 21 new cases of coronavirus in the last 24 hours taking the total number of COVID-19 cases in the last seven days to 158 as authorities grappled to contain the virus in the Chinese capital.

Beijing's neigbouring city Tianjin reported one case with Hebei province near the capital also reported cases. The outbreak which began in China's Xinfadi wholesale market has put authorities on alert amid fears of a second wave hitting China.

Residents have been ordered not to leave the city and schools have been shut as city officials have undertaken major operations to clampdown and halt the spread of the virus with testing being ramped up. City officials said 400,000 samples a day were being tested.

Travel restrictions have been imposed on residents in the capital even as top epidemiologist Wu Zunyou asserted that the pandemic has been "brought under control", however, he cautioned that there still could still be people affected with the virus.

The virus cases were first detected on salmon chopping boards at Xinfadi market which was quickly closed by authorities. The discovery of the virus in the market raised health concerns in China's market after the virus was first believed to have spread from a market in Wuhan last year.

Beijing authorities quickly cancelled flights as the cases spread. Residents have waited in long ques in order to get themselves tested with people needing a negative result on a nucleic acid test in order to travel.

Authorities have also made it mandatory tests to be carried out on those directly linked to the Xinfadi market.