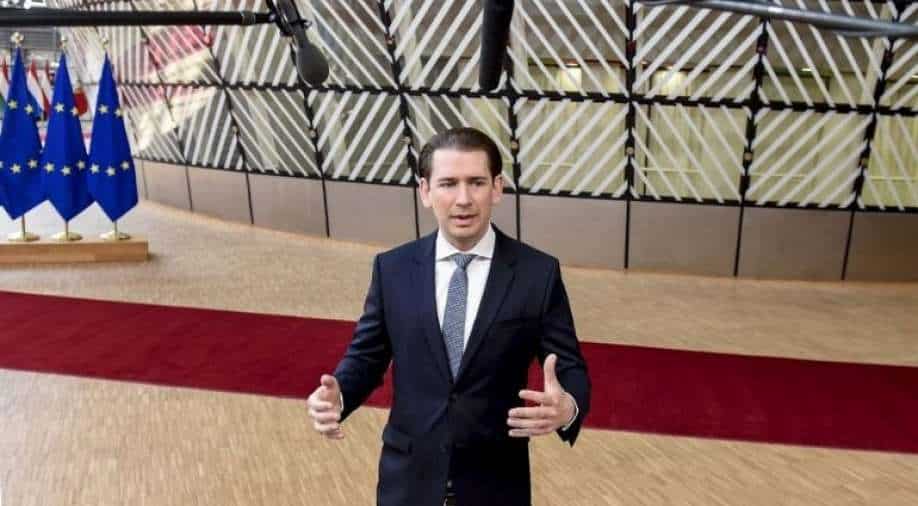 Austrian Chancellor Sebastian Kurz arrives on the second day of the EU summit at the European Council building in Brussels on May 25, 2021 Photograph:( AFP )

Officially called the “National Map of Islam”, the listing names locations of at least 620 mosques, Muslim associations and officials with foreign connections

A leading group of Muslims in Austria is planning to sue the government for carving out an “Islam map” which identifies and traces Muslim spots including mosques across the country. The map was unveiled by Chancellor Sebastian Kurz’ government and the website was launched by Integration minister Susanne Raab on Thursday.

Officially called the “National Map of Islam”, the listing names locations of at least 620 mosques, Muslim associations and officials with foreign connections.

The move was met with scathing critique, especially from the Muslim community. A group called “Islamic Religious Community in Austria (IGGOE)” warned against the dangers posed by such maps which could cause stigmatisation of Muslims across Austria.

IGGOE believes that the listing endangers Muslim citizens and could add to their security risks. The group added that the naming of all Muslim institutions represents an “unprecedented crossing of boundaries”, while claiming that such measures could disrupt the democratic harmony in the country.

Also read: He led Hitler’s secret police in Austria. Then he spied for the West.

Kurz, the Austrian Chancellor has been a staunch critic of “political Islam”, and the country’s integration minister denies any concerns regarding the map, claiming that it was not aimed at putting Muslims “under suspicion”, as quoted by news agency AFP. Raab added that the objective remains fighting political ideologies and not religion.

IGGOE has said that the controversial map "demonstrates the government's manifest intent to stigmatise all Muslims as a potential danger”, while adding that "racism against Muslims is growing."

On Friday, Turkey hit out at the move, with the foreign ministry calling the map “inadmissible”. Ankara urged Kurz to adopt a “responsible policy” instead of developing a register of Muslim citizens and locations.