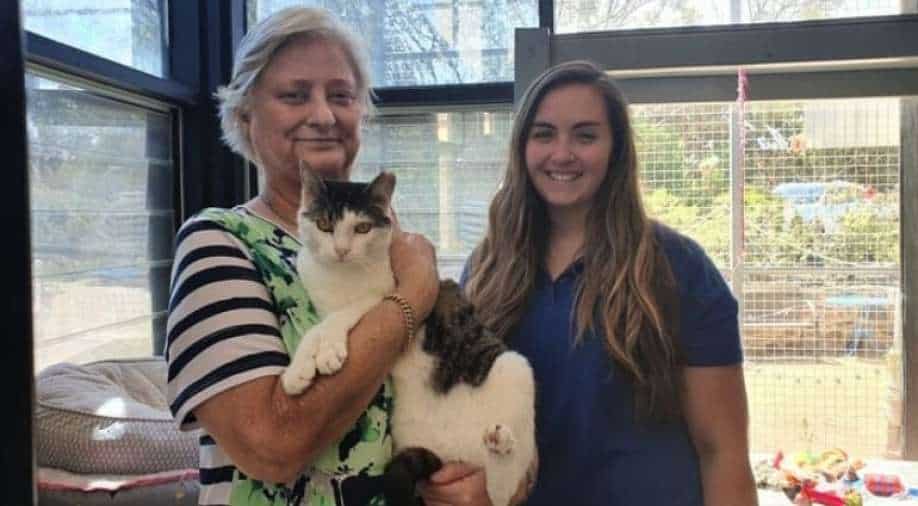 Australia’s grumpiest cat Chester has found a new home after being featured in media reports that focused on his “demonic” nature.

Returned to the Royal Society for the Prevention of Cruelty to Animals (RSPCA) four times in seven years, Chester finally found a new home just in time for Christmas.

The grumpy eight-year-old moggie – described by his last owner as “anti-social” and “a real Dr. Jekyll and Mr. Hyde” – is off to live with Wilma, the RSPCA said on Wednesday evening.

“With Wilma, I feel confident that he’s going to get all the attention he wants – and no more,” shelter staff member Jenny Sherring said. “That’s a perfect outcome.”

Eight-year-old dark-striped cat Chester was back in familiar surroundings at the creature cover in Adelaide after another fruitless reception because of his infamous bad boy demeanour.

However, workers at a South Australian shelter were still determined to find him a home for Christmas – and they’ve succeeded.

RSPCA carers stayed confident of coordinating the tender yet frequently searing Chester with his ideal proprietor, guaranteeing the 'boomerang feline' is essentially misjudged.

'We're not going to shrink away from the real issue with this one, Chester has some genuine cattitude,' RSPCA South Australia posted on Facebook.

'In his extra time, Chester likes to torch towns, love the villain and swipe/chomp his human subordinates.'

'Notwithstanding his (ahem) qualms, Chester has an interesting and idiosyncratic character. At the point when you strip back his chilly, savage outside you locate a cherishing, loquacious feline, who adores a pat (on his own terms) and a companion to run the world close by.'

The RSPCA shared a video of Chester flaunting his assorted characters which range from inviting and lively to sensitive as he swipes and attempts to chomp staff.

'Chester came to us since he's had somewhat of an awful report card,' his carer Jenny Sherring clarified.

'He has somewhat of an awful kid disposition. He'll swipe at you however it's, for the most part, revealing to you he's had enough.'

'He is very food inspired so on the off chance that you need him to participate, treats will be your closes