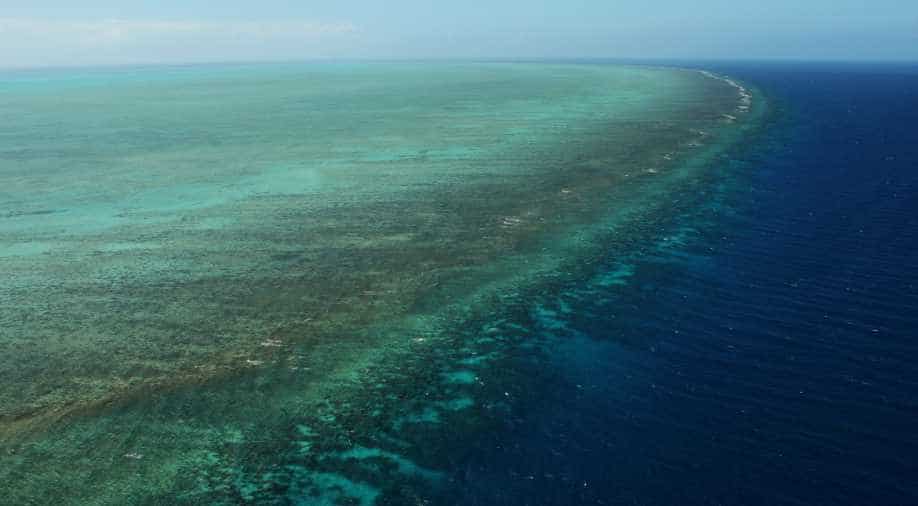 Great Barrier is suffering from its worst bleaching in recorded history, a recent survey has reported. Photograph:( Getty )

Follow Us
Faced with a risk of losing more than a million visitors a year, Australia's Great Barrier Reef is experiencing severe coral bleaching that could eventually result in loss of huge sums in lost tourism.

The World Heritage-listed reef which teems with marine life experienced an unprecedented bleaching earlier this year that saw much of it whiten and almost a quarter of corals die, a survey higlighted on Tuesday.

"The reef tourism areas are at risk of losing over one million visitors per year," a discussion paper from the independent think-tank , The Australia Institute said. It added that Aus$1 billion (US$747 million) of potential revenue could be lost if those visitors do not travel to the tropical reef region.

'Loss of tourism translates into loss of jobs'
Some 10,000 jobs in Queensland state were also at risk from a drop in tourism, a major industry in the area, the survey has added.

The 2,300-kilometre (1,429-mile) long reef, the world's biggest coral ecosystem, is suffering from its worst bleaching in recorded history due to warming sea temperatures.

The institute surveyed thousands of Australians and others from of the major tourism markets of China, the United States and Britain.

More than a third of Australians said they were more likely to travel to another part of the country if the bleaching continued.

In terms of foreign tourists, more than half Chinese respondents, and about a third of American and British participants said they were more likely to visit somewhere other than Australia if the reef's deterioration persisted.

‘Tourism and coal mining industry at odds’
Bleaching occurs when abnormal environmental conditions, such as warmer sea temperatures, cause corals to expel tiny photosynthetic algae, draining them of their colour.

The reef is also under pressure from farming run-off, development and the coral-eating crown-of-thorns starfish.

The report concluded that two of Queensland's industries -- tourism and coal mining -- were directly at odds with each other.

"Without serious action on climate change and real resources allocated to the reef's health, the tourism industry seems certain to lose its most precious asset," it said.
(AFP)